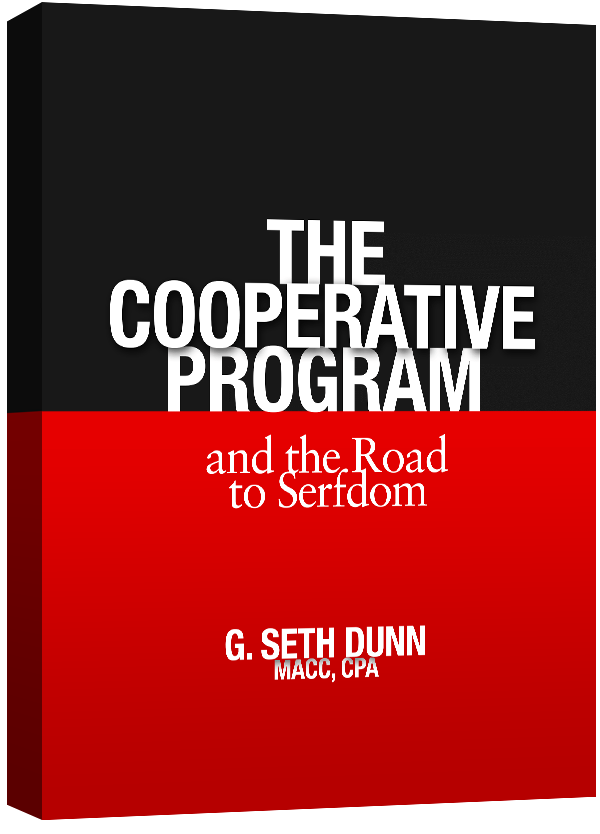 To My Fellow Students,

I hope you can agree with me on something – New Orleans Baptist Theological Seminary is the best seminary in the world. I’ve been a student there since 2009, slowing working towards my MDiv in Christian Apologetics. As a distance learning student, most of my classes have been at the Johnson Ferry Baptist extension center or on-line. Because of this, I do not know many of you as well as I’d like. I’ve been to the main campus for workshop classes a handful of times; I’ve thoroughly enjoyed that experience. I’ve thoroughly enjoyed learning at NOBTS. As a Southern Baptist seminary student, I’ve benefited greatly from my subsidized education. Much of this subsidization has come through the Cooperative Program (the CP).

Although I grew up in a Southern Baptist Church, I’d never heard of the CP until I took the class at NOBTS. I learned about the CP when I got to NOBTS. I took the same one-hour CP course you’ve taken. We’ve all taken it; it’s required. Like you, I read One Sacred Effort by Brand and Hankins. When I finished reading that book and got out of the CP class, very early in my seminary career, I thought the best way to fund SBC cooperative missions was the CP.

It’s not. I slowly figured that out. I’m a Certified Public Accountant. I have two business degrees. I work as the controller of a carpet mill. I believe like a baptist theologian but I think like a businessman. Every businessman knows that passing money through intermediaries adds cost and inefficiency to a process. The CP passes money through multiple levels. CP money goes from the pew-sitting giver to the church to the state convention to the national convention to the SBC entity to the final recipient. That’s six levels of spending and four levels of bureaucracy. That isn’t the best way to pass money around in the 21st century. Former NAMB director Mary Kinney Branson, author of Spending God’s Money, put it best when she wrote, “The extent of misuse is directly proportionate to the distance between the giver and the spender.”

If you haven’t read Branson’s book, you should. I’ll even buy you a copy. It details the rampant misuse of Cooperative Program dollars at NAMB under the leadership of that organization’s former president, Bob Reccord.  Little old ladies all over the USA were putting money in the offering plate for missions. Reccord was spending it on ice sculptures and staff cruises. In my own state of Georgia, the state convention has a $42M headquarters that pastors are embarrassed to show to missionaries. Lots of pew-sitters don’t know about these things. They’ve just been told the CP must be funded, as if it’s “the church’s tithe”.

It doesn’t have to be and it’s not.

Has it dawned on you that you may not be an objective judge of the efficacy of the CP? You’re being supported by it right now. The people who have taught you about it are denominational employees who make their living from it’s funding…and some of them have been told their whole lives how good it is.

Do you know what’s better?

Direct giving. Why can’t your church just write a check straight to the IMB or NOBTS? What’s stopping you and your church from giving directly. Honestly, how many of your churches would want to give $4M to a lobbying group (the ERLC) when the IMB has been $210M short? Are we called to save the lost or lobby Caesar?

You and your church don’t need the Cooperative Program. You don’t need denominational bureaucrats telling you how best to spend your missions money. Can’t you do that yourself? Direct giving looks like the free market. CP giving looks like central planning. It builds levels of bureaucracy. That’s not how you’d want a government is it? Do you want your denomination that way?

The SBC existed for 80 years without the CP. It can survive without it. The time of the CP has come and gone. Sadly, many people equate being SBC with giving to the CP. That shouldn’t be so.

Think of your planned actions. Some of you guys are going to make up “I love CP” t-shirts to wear to Chapel. Let me ask you something…Do you think Prestonwood Baptist owes the SBC a certain amount of CP money? Do you think you know what’s best for Jack Graham’s church? We’re baptists right? Don’t we believe in soul competency and church autonomy?

The minute we think we know what’s best to do with somebody else’s money, we become intelligentsia. Is that what you want to be? If you want to spend your money to make “I love the CP” t-shirts, I’m not stopping you. Just remember that Adrian Rogers said the CP was a “golden calf”. Personally, I’d rather spend money on directly giving to NOBTS and Lottie than on t-shirts that support the CP bureaucracy.

I wrote a short e-book on this matter. It’s called The Cooperative Program and the Road to Serfdom. It’s available for free on the internet. Please read it and share it with your pastors. You might just agree with me after you think everything through. Three Things You Need to Know About David Barton