In a tweet sent out on December 12, Tony Nolan notified the public that his disgraced mentee, Clayton Jennings, had abandoned the process of ‘restoration’ and repentance that they advertised together in a mutual video put out several weeks ago and posted to their social media accounts.

Jennings is a popular youth-oriented evangelist who used social media as a springboard for his rise on the evangelical lecture circuit. Jennings, who fancies himself a “poet” in the genre of “spoken word” was first written about by Pulpit & Pen in September of 2015 in a post that highlighted his very apparent charming of the fairer sex and borderline lasciviousness that weaved its way through his gimmicky appeal. While the post did not accuse Jennings of impropriety, it did raise a very explicit red flag that this man – given everything that could be seen publicly – was possibly leading women to his charms more so than to Christ.
Sadly, that concern was realized when this website was contacted by the first of his victims (first in order of them coming forward) who was led to drunkenness, fornication and eventually the “Morning After” pill. We then released that woman’s testimony, complete with the evidence of digital communications and an audio of Jennings, his pastor/father (who has been aware of at least some of Jennings’ sins and who kept it quiet) and the victim discussing the ‘affair’ afterward. Since the first victim came forward, Polemics Report has been in contact with more victims than a single hand has fingers. We have released the details of only two of those victims, keeping “our powder dry,” so to speak. Should Jennings seek a return to the stage, we will reevaluate the situation and make a determination if we should release more victim testimonies and evidence.
Polemics Report has been in regular contact with Tony Nolan, who reached out to us to review the evidence regarding Jennings, and by agreement the content of those communications will remain private. Needless to say, however, Nolan did due diligence to determine the sum difference between what Jennings had told him and what was the actual truth. Jennings has since rejected the path for ‘restoration’ that Nolan laid out for him. Similarly, it has been reported that Jennings has also rebuffed the admonishment and leading of the elders in his home church.
Reportedly, the chief issue of disagreement between Jennings’ and his spiritual authority was over the nature of his future ‘restoration.’ While the people surrounding Jennings like his elders and mentor have encouraged him to remove his website, videos and social media presence and focus on his personal repentance and marriage, Jennings has insisted on focusing on his career comeback and contradictory to his leaders/mentors, does not believe that his longstanding pattern of fornication and tacit spiritual abuse disqualify him from future public ministry.
Polemics Report would like to commend Tony Nolan for publicly stating the outcome of their ‘restoration’ process, given that it was publicly announced. We also would covet your prayers for Jennings, that he might find saving faith that leads to repentance.


*We persist in using the term victims to refer to the young women even though all of them have admitted openly the sinfulness of their own actions, because using one’s spiritual authority to entrap women in lust and then convince them that their actions are acceptable is not a harmless affair, but is abuse. Likewise, some of the women were first tempted to drunkenness that lowered their inhibitions, and all were the victims of lies and deceit in the “wooing” process.

A Moment For Discernment In Books 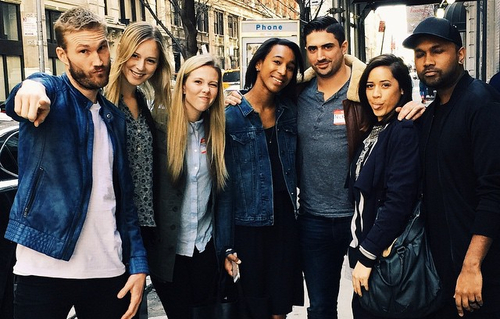 Qualification For Hillsong Youth Pastors: Be A Hot Model…

A Call To Separation by A.W. Pink