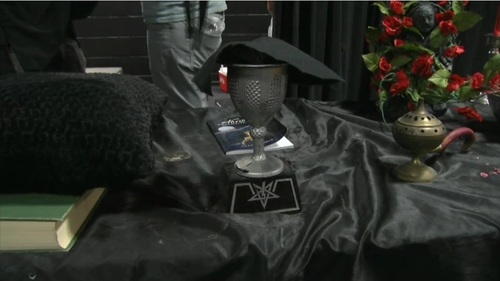 Yet another ecumenical march took place on American shores by devotees of various “faiths” on Tuesday, August 16.  A Christian Post article entitled “Over 1,000 Christians Protest Against Satanic Black Mass In Oklahoma City” says this:

Faith-based Christian groups such as the Family Policy Institute of Oklahoma, the Archdiocese of Oklahoma and The American Society for the Defense of Tradition, Family, and Property held prayer rallies and a unity walk as a way of standing up for God while the local satanic church, called the Church of Ahriman, held a black mass ritual toshow the community part of what goes on during their services. (Source)

Noted in The Tablet, The International Catholic News Weekly, the ecumenical prayer walk and service included leadership and adherents from a variety of denominational flavors.

More than 1,000 Christians joined an ecumenical prayer walk and prayer service in response to the black mass. Leaders from various faith groups – Catholic, Southern Baptist, Methodist, Episcopalian, Lutheran and others – walked arm-in-arm at the head of the march. (Source)

We can quickly gloss over the obvious doctrinal denial that brought such dissonances of faith together. After all, an apostate band of self-proclaimed Lutherans just effectively reversed the mighty work of the Word of God accomplished during the Reformation by re-aligning – for the sake of unity – in agreement with the apostate Roman Catholic Church. Southern Baptists, who increasingly worship at the Baal-like altar of “American” Christianity so laud the doctrine of religious liberty that they’ve even joined hands with perhaps the greatest face of evil on the planet to help get a mosque built in New Jersey.

(For helpful reference, see this: Why We Don’t Consider Catholics To Be Christians)

That being said, let’s get the summary statement out of the way regarding this whole ecumenical “unity” endeavor – it is diabolical in its source, unbiblical in its claims, and Christ-denying in its ambitions. Unity, just like the “we must build the church” endeavors, is something not commanded to us by Christ, but something assured to us by Him. Read John 17. It’s laid out pretty clear there.

Now, back to the Satan worshippers and those protesting them.

One thing Christians often forget is the clear Biblical acknowledgment that the God of Scripture is not presently the direct purveyor of power on the planet. While God is absolutely sovereign over all things – make that your fundamental, go-to doctrine, folks – this world is currently, most directly under the control of the enemy those “condemned already” (John 3:18) souls were worshipping in that Oklahoma City public building. Satan is, by the sovereign will of God, the current “god” of this world.

Paul points out in 2 Corinthians the deceptive power of this enemy in the world.

In their case the god of this world has blinded the minds of the unbelievers, to keep them from seeing the light of the gospel of the glory of Christ, who is the image of God. 2 Corinthians 4:4

We know that we are from God, and the whole world lies in the power of the evil one. 1 John 5:19

Now, the efforts of those doctrinally-deceived marchers to protest the power and presence of Satanic worship in their city is laudable enough, if not an expression of two fundamental misunderstandings. It’s also evidence of the grossest form of Biblical illiteracy.

First, it seems they don’t realize that Satan is, in fact, being worshipped, whether implicitly or explicitly, daily, hourly, moment-by-moment across the world. The obvious disgust a formal ceremony to him has does not betray the truth that his worship goes on unfettered by billions of souls who have denied the Christ of Scripture and the evident God of creation. (Romans 1:18) So, as distasteful, as woeful, as detestable as Satan worship is, it’s frankly no surprise. Turn on the tube and you’ll see it readily broadcast in high def.

Second, though, these protestors of the “American” Christianity flavor fail to see the obvious hypocrisy of their own complaint, as righteously-invoked though it may seem to be.

The highly exalted doctrine of American religious liberty does not restrict such a gross display of unholiness. Religious liberty demands tolerance, especially in this post-modern age where tolerance has effectively become the pseudonymous moniker for Satan himself.

Religious liberty in America precisely means that Satanists can defile the evident truth of God by holding a black mass in a public building. Religious liberty requires that mosques be permitted, that temples to Hindu gods be allowed, that cults of any and every bizarre, sick, and blasphemous behavior be tolerated. “Soul freedom,” as its often called, means that, in America, you can do almost anything you want in the name of religion as you worship the “god” of your choosing.   (Of course, any “god” other than the God of Holy Scripture is, we know, merely an idol.)

The cognitive dissonance of Christians protesting Satanic worship in an American culture that screams for religious liberty, for unfettered, unquestioned tolerance is, itself, a sad testimony to their own unapprehended understanding of religious liberty. But the cognitive dissonance of a Baptist holding hands with a Roman Catholic to do it in this case is evidence of Biblical, doctrinal ignorance.

Because holding hands with Catholics protesting this black mass is effectively announcing the defense of a teaching that no Biblically-informed believer, perhaps especially a Southern Baptist, would ever espouse. The Tribute article includes the following concise summary from a representative advocate of the Roman apostasy.

The Archbishop of Oklahoma City, Paul Coakley, described the black mass – a parody or inversion of the Catholic Mass for the purpose of mocking God – as a “purposeful assault on our faith” and said it was especially hurtful because it coincided with the annual liturgical feast of the Assumption of Mary, a holy day in the Catholic calendar.  (Source)

The Catholic mass is itself a grotesque perversion in which the attendant priest effectively re-crucifies the Lord in each observation.  Claiming the wafers and wine to mysteriously become, at the word of the priest, the actual body and blood of Christ, the mass is nothing short of the centerpiece of a false sacrificial system in which the single atoning work of Christ on the cross is seen as insufficient. It must be repeated, over and over again, in a ritual in which Christ is re-crucified over and over again.

In the practice of the mass, the Roman Catholic Church has reinstituted an unbiblical system of repeated sacrifices, blaspheming Christ and perverting His work on the cross.

How important is the mass to Catholicism? The Catechism of the Catholic Church refers to it as “the source and summit of the Christian life.” That is to say, it is the origin and the high point of the Catholic faith. It’s not peripheral—it’s the heart and soul of the entire system.   John MacArthur (Source)

The Assumption of Mary is equally a blasphemous teaching of the Roman Catholic faith that the sinless “mother of God” was, like Christ Himself, ascended into heaven.   Mary did not die. God exalted her by assumption into heaven. (Quick, somebody flip to that page in the Baptist Faith and Message! I musta missed it.)

In fact, the chief false apostle on the planet, Pope Francis has recently reaffirmed this diabolical, twisted teaching of the church.

(Umm, sorry, Frankie. You wanna point that out in Scripture, please? Chapter and verse would be mighty helpful.)

So, there you go.

You have Baptists, Lutherans, Methodists and others joining hands with Roman Catholics to protest a Satanic ritual that is a mockery of a Catholic ritual that itself is an abomination to the teaching of Scripture. It’s rather woefully jocular that Baptists would effectively be helping Catholics defend their unbiblical, damning teaching by protesting against another group with unbiblical, damning teaching.

But, it’s what you get when Christians don’t “abide in my Word,” (John 8:31) and when pulpits become not much more than public service announcements for the false god of “it’s all about you” theology. Outrage at one obvious offense can quickly acquiesce into uninformed support of yet another, equally defiling one … courtesy, of course, of Biblical illiteracy delivered, in this case, via the exercise of American religious liberty.

For the record, while I detest the increasing presence of the open, proclaimed worship of the enemy of our Lord, we live in a nation that requires its permission.   But the blasphemy of those black mass participants is no less eternally damnable than that represented by the white-frocked vicar of apostasy on the edge of the Tiber. And, just to be clear … yeah, if your faith is “American” first and Christian second, that too is equally unbiblical.   “Examine yourself.” (2 Corinthians 13:5)

If you’re going to stand for something, make it Scripturally-informed, honoring the Christ of Scripture, and proclaiming, unreservedly, the only truth that will save Catholics or Satanists or adherents of “American” Christianity … the gospel of Jesus Christ … and that is found in His Word.

For the time being, at least, American religious liberty permits us to proclaim that Truth. 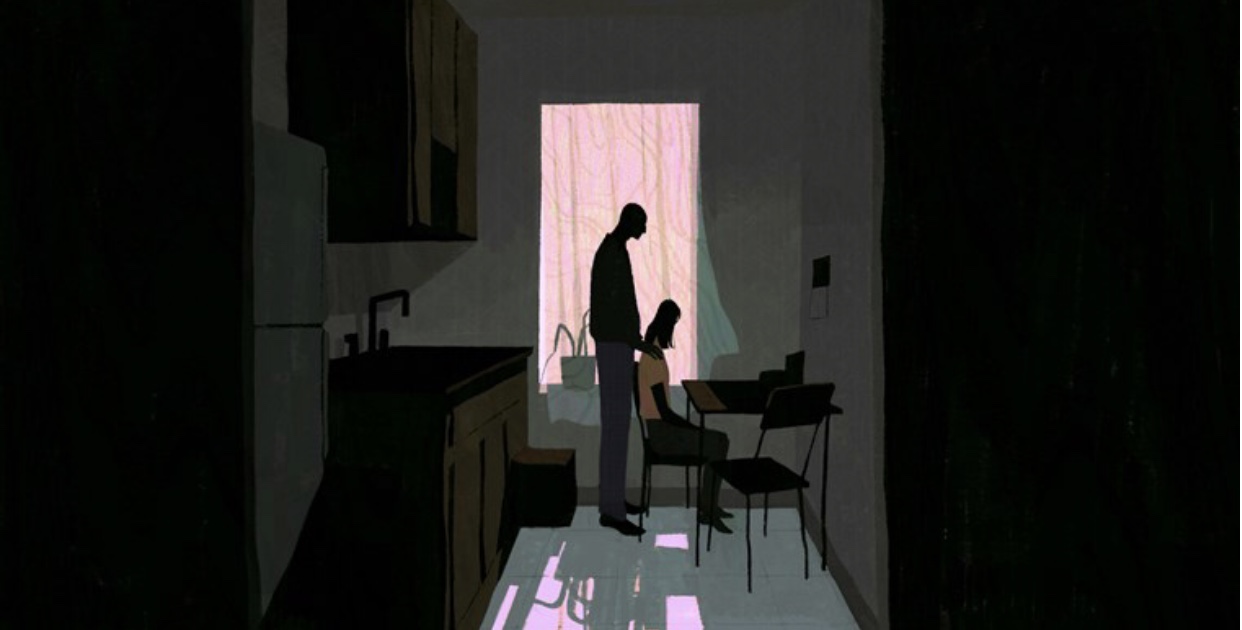 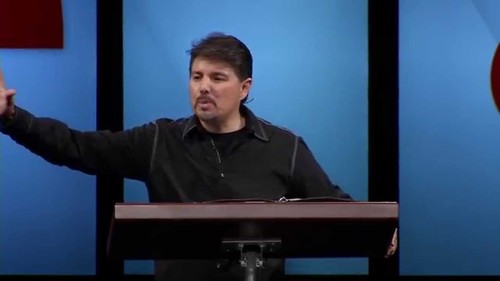