You don’t need well-honed discernment skills to enjoy a bit of comic relief from the charlatanical charade of a guy named Surprise Sithole who’ll be speaking at an upcoming Holy Ghost cotillion and miracle festival. The Catch The Fire USA sponsored “Consumed By Love, Power, & Prophecy Conference” will feature his “special impartation to catalyze revival fire.”  (Goose-bump creme will be available in the foyer.)

This particular prophet’s scatologically evocative name is nothing compared to the eschatological anachronism his Holy Ghost event conjures up. Surprise may be surprised that he’s actually not living in the heady prophetic, tongue-speaking, miracle-working days of the first century apostles. The astute believer knows such things have providentially ceased. Folks, this stuff is better than perusing Charisma News on a Friday afternoon while you wait for the five o’clock whistle as you search for a “you ain’t gonna believe this” story of outrageous incredulity to share at Sunday School … well, if you’re in the right kind of Sunday School, I reckon. What Surprise is doing is no surprise, frankly.

And many false prophets will arise and lead many astray. Matthew 24:11

Brace yourself, North Carolina because this particular festival of heresy will be coming to Durham for three whole days of “greater revelation and activation to the prophetic,” teaching you how to have “more daily encounters with the Holy Spirit.” (Oooohhh, they’re gonna activate AND revelate? Somebody take video, puh-lease. It can be used for a Discernment 101 YouTube series I was thinkin’ about doin’.)

Whereas for the truly regenerate who understand … oh, the Word of God … we realize the Holy Spirit is always with us … actually … in us. He’s not gonna be dropping down in flames just because a self-proclaimed, self-anointed prophet named Surprise summons Him. But it’s apparently a nifty, albeit diabolical, trick Surprise learned from his gal-pal prophetess friend, Heidi “Headless Chicken” Baker. (Yeah, they’re in the super special anointed prophet club together. So he’s got that goin’ for him … for a while … anyway.)

By way of disclaimer, at the time of this writing it is not confirmed if this is a B.Y.O.S. event – Bring Your Own Serpent.

We can probably safely presume, though, that all registered attendees ($65 for individuals, $110 for couples, or a discounted rate of $55 for students and veterans) will be provided official Catch The Fire USA logo, paper dental bibs for use during the service. No doubt the charismatic gibbering drool will be in full flow. Get yours at the door. Kids, be alert to where you stand and remind Granny to load up on Poli-Grip to keep those choppers in place when the kundalini spirits get kickin’.  And don’t forget the tambourines, either. Sithole, along with other Holy Ghost prophets, aims to equip “radical lovers of Jesus,” helping them to be “further immersed in His fiery love and receive fresh revelation and impartation from the Holy Spirit.” The goal, as any prophet-prone (and thus undiscerning) follower of such falseness will know, is to “transform our hearts and minds to live a supernatural, Kingdom focused life.” (Umm, I dunno. I’m kinda more driven by that remark of Paul’s, “that I might gain Christ.” (Philippians 3:8) I don’t need to have a supernatural life, really. I just need Christ.)

“We expect the weekend to be filled with radical encounters with the Holy Spirit to operation in greater levels of spiritual authority and revelatory gifts.”  (Somehow, I don’t think the “gifts” they’re talking about include the slobber bibs.) Anyway, somebody take along a stenographer, please, so these extra-biblical revelations can be properly recorded, okay? In all the hype and hoopla of this Holy Ghost extravaganza, it’d probably be more than a Surprise to Sithole if divine revelation from his frothy tongued-spit didn’t make it into the Writ. Failure to do so could mean Sithole might have to forsake that Revelation white stone with a new name that you just know he hopes to get one day.

Sithole’s not the only Holy Ghost huckster hurling heresy at this Durham drama. David Wagner, who has “seen thousands experience true freedom from bondage and disease” will be present. (Always a worthwhile endeavor for such rallies of religiously raucous frenzy. Maybe somebody could ask him to do something about the Zika thing. That’s becoming a problem.)

Bobby Conner, a “uniquely anointed,” and “seasoned prophet of God” will also be on hand to “sound the alarm and awaken the warriors to arise and contend for the true faith.” (Actually, we hope he finds it – “the true faith” – before doing so, of course.)

Finally, the husband and wife, co-pastoring, tag team of Murray and Ash Smith, lead pastors of the Catch The Fire Worship Center, will be in the house. Can somebody say “give it up?”  No … really … “give it up.” Murray “is also the church accountant,” an obviously important task for such an event that is otherwise void of spiritual value. But it’s sure to have some Franklins and Grants dropped in the “church’s” hopeful coffers.

So, if you’re in Durham September 1, 2 & 3, mark your calendars. Something Biblical will be going on at this Sithole soiree. Of course, it’s only Biblical when considering those many warnings of Scripture about false teaching, false signs and wonders, and the increasingly prevalent reality of apostasy in the church. That makes it Biblical, but not in the “I wanna piece of that” sort of way.

Regardless of how Charminy-squeezeable and enticingly appealing Sithole and associates make this charade sound, it’s blasphemous. The first clue? The Holy Spirit never, ever, EVER points anyone to the Holy Spirit. That may be a surprise to Surprise, but such charlatans only squeeze the Scriptures enough to rationalize their soul-jeopardizing ambitions.

But if you’re near those parts, and have the time, we’d encourage you to make time to go… go stand outside with a handful of genuine gospel tracts and a heart eager to share the Biblical Truth of our Lord and Savior. And if you see Surprise, surprise him with the Gospel. Otherwise, he – and his compatriots in this Scripturally-illicit affair – may one day get the woeful “surprise” of his eternity.

(A serious, non-satirical comment: Folks, many people are being deceived by such charlatans. We need to be actively sharing the Gospel with them. We need to be actively praying for them. If there is ever a stronghold that seems insurmountable, it’s the satanic stronghold of believing one is “in the faith” when one is clearly nowhere near it. Eyes are blinded and Truth, found exclusively in His Word – not from presumed revelation outside it – goes ignored.

Each of us who are saved by grace should take every opportunity to share the Truth of that Gospel of grace, especially to those imprisoned in such fortresses of falseness as this. It’s a foreboding fortress, to be sure, but “the Gospel is the power of God for salvation.”  (Romans 1:16) He’s done it before … remember a teacher of the Jews named Nicodemus? He was in a religious stronghold once too. But he stood at the foot of our Savior’s cross before it was all over. So, please, pray for these souls. There just may be a Nicodemus or two among them …) 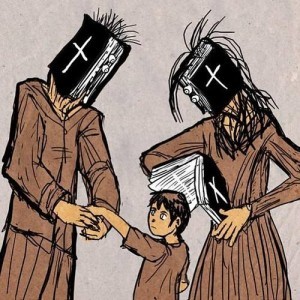 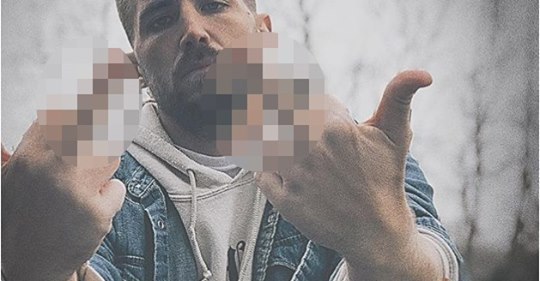 Lifeway has pulled “The Worst Book Ever”….But we found one even worse!