The Together 2016 gathering on the National Mall July 16 had a grand ambition. According to its website, “Moments of historic change are often marked by historic gatherings.”

While this can certainly be validated throughout the annals of history within social, cultural, and political arenas, it seems less so within the spiritual one. Indeed, the greatest historic change wrought upon the earth was the brief time of our Lord’s incarnation, ministry, death, resurrection, and ascension. That history-changing event was marked, not by a historic gathering, but by a historic abandonment. His dusty sandaled disciples disappeared as our Lord faced the trial that would result in his crucifixion.

Even following the resurrection and ascension, His history-changing event was not catalyzed by throngs of souls eager to embrace “the Way.” A mere 120 souls, huddled together in what they no doubt had to consider obscurity, waited in an upper room for the Comforter He promised to send.

Christianity was not born by popular appeal, imperial decree, or cultural embrace. It was born because of the God-Man who assured His followers then, small in number though they were, that the Kingdom of God was, indeed, at hand. God never needs popular acclaim, re-tweets, or massive numbers of Facebook followers to effect the plans He has made.

But the Together 2016 rally was, intentionally, designed to serve as some sort of unity-driven spiritual catalyst.

Together 2016 is the day our generation will meet on the National Mall to come together around Jesus in unified prayer, worship, and a call for catalytic change. We’re coming together with as many people as possible who believe Jesus changes everything. (Source)

Herein lies the call for discernment, a call not merely for those attending, but for those participating. Touted to seek upwards of 1 million people in attendance, the intent of the gathering was spiritual in nature.

When Bible-adhering, orthodox Christians gather for such an endeavor, it’s laudable. True believers in the true church could probably do with more of such gatherings if merely for the mutual encouragement such events might provide.

But Together 2016 was not such a gathering. There was no discernment, particularly when applied to those invited to stand on the stage and address the crowd. So long, it seems, as you proclaim Jesus … any “Jesus” … whatever discernment criteria there may have been was met.

However, the astute and authentic Christian will recognize there are many different varieties of “Jesus” in what is generically referred to as Christianity.  The authentic believer will know the true Shepherd’s voice.

The “Jesus” represented, for example, by rally participant Christine Caine, as well as the Hillsong United group, is a decidedly different “Jesus” than would be recognized by any of those 120 gathered in that 1st century upper room. They wouldn’t have recognized a “prosperity” gospel as anything remotely similar to what their now ascended Messiah proclaimed. Neither do biblically astute believers today.

The “Jesus” touted by Pope Francis in his broadcast appeals urging attendance to the event is equally a different “Jesus” than an orthodox believer will recognize. Roman Catholics have a different Jesus, one unable to either save alone or give assurance to those saved. That “Jesus” is not the Jesus of Scripture.

The “Jesus” of easy-believism touted by one minister on the stage (cited in my previous article) is likewise one that lacks Scriptural credibility. If tweeting a call out to Jesus is sufficient for salvation, that would certainly come as a surprise to the poor Apostle Paul who spent his ministry years suffering – often imprisoned – defending a Gospel that he believed meant much more than mere verbal, much less digitally transmitted, assent.

These multiple presentations of Jesus are why Together 2016 was a problem. Now it’s one thing for all those who actually believe that any version of “Jesus” is okay, so long as you have some kind of “Jesus.” But for authentic believers who know Him and His Word, such an event makes a mockery of Him, of our faith, and woefully distorts our witness to the world.

An argument in defense of the rally has been proferred … well, it’s wonderful that true Christians shared their testimony to the crowd. Yes, that’s wonderful. What is not wonderful is that, in so doing, none of them distinguished their own Jesus – presumably the right one – from the multitudes of other “false messiahs” being proclaimed before and after their own testimony. Was the onlooking unbeliever sufficiently able to distinguish, say, Christine Caine’s “Jesus” – a false one – from Nabeel Qureshi’s?  They are different, aren’t they?

It’s interesting that, while true believers may proclaim the wonderful opportunity for witness such a gathering offered, what is overlooked is that Scripture clearly forbids us from engaging in such an activity. Take some time to read 2 Corinthians 6. We simply are not to unite with unbelievers – especially those proclaiming a false messiah wrapped up in their false teaching – in any sort of spiritual enterprise. Paul’s own testimony in Scripture anathematizes those who would proclaim any Gospel that varied from the one he proclaimed.  And he forbade the church from participating with those who proclaim such.

Do not be unequally yoked with unbelievers. For what partnership has righteousness with lawlessness? Or what fellowship has light with darkness? What accord has Christ with Belial? Or what portion does a believer share with an unbeliever? What agreement has the temple of God with idols? For we are the temple of the living God; as God said,

“I will make my dwelling among them and walk among them,
and I will be their God,
and they shall be my people.
Therefore go out from their midst,
and be separate from them, says the Lord,
and touch no unclean thing;
then I will welcome you,
and I will be a father to you,
and you shall be sons and daughters to me,
says the Lord Almighty.” 2 Corinthians 6:14-18

Thus, Together 2016 was an illicit, unscriptural, spiritual gathering that sought, for the sake of unity, to gather for prayer and worship. How could Ronnie Floyd, a Southern Baptist, obediently pray and worship with a Roman Catholic like Matt Maher? How could Francis Chan do the same with someone like Lou Engle?

The Together rally pitted many such paradoxes – if indeed they are – across the stage. There was no common Jesus, and the prevalence of Jesuses of false teaching far outweighed the Jesus of Scripture that may have been proclaimed.  And no one, even those who may be respected as orthodox Christian leaders, called out the glaring differences between the many Jesuses represented on the stage.

Therefore, according to Scriptural dictates, there could be no bonafide prayer and worship.  Which Jesus did an onlooking world see? Indeed, which one do we desperately want them to see?

While it’s not a thoroughly valid refutation, it is notable that many consistent Christian leaders, known for their doctrinal integrity, their adherence to Scripture, and commitment to orthodoxy were absent from the gathering. Where was, for example, John MacArthur? Where was Phil Johnson? What about Ligon Duncan, Sinclair Ferguson, or Steve Lawson? How about R.C. Sproul, or Alistair Begg? We didn’t see anyone of their caliber present.

In fairness, we also didn’t see other known false teachers participating. The Benny Hinns, the Steven Furticks, the Beth Moores, the Joyce Meyers – all these were absent as well. So the argument from absence is merely one of consideration, but it prompts one to wonder why those who chose to gather did so, against the commands of Scripture, and against the dictates of discernment.

This steam-gathering desire for unbridled, and undiscerning, ecumenism is a real and present threat to the church because it distinctly demands the loosening of doctrinal standards, the willing acceptance of merely the name of “Jesus” – any Jesus – as grounds for inclusion, and it requires the abject jettisoning of obedience to the authority and sufficiency of His Word.

Turning away from these orthodox standards is not defensible by the noble claim of sharing our faith. The believer is commissioned to share the true Gospel, but that effort is constrained, first, by the commands of Scripture.  We do not break one command in the noble attempt to obey another.  We do not mix light and darkness.

Doing so is a turning away. And “turning away” is also known by another word, frequently overused though it is, apostasy.  Those willing to do so, indeed, bear watching by the Biblically astute, doctrinally-sound believer.

Another doctrinally-sound, high profile Christian leader was also absent from the Together rally, even though his church was a mere 15-minute cab ride from the goings-on. But  his words ought to give us pause before we defend this abandonment of Scripture, disobedience to its commands, and the embrace of just any old “Jesus” in the noble ambition to share our faith …

“Just because God can use something is never a good argument for it.”  Mark Dever, Pastor, Capitol Hills Baptist Church 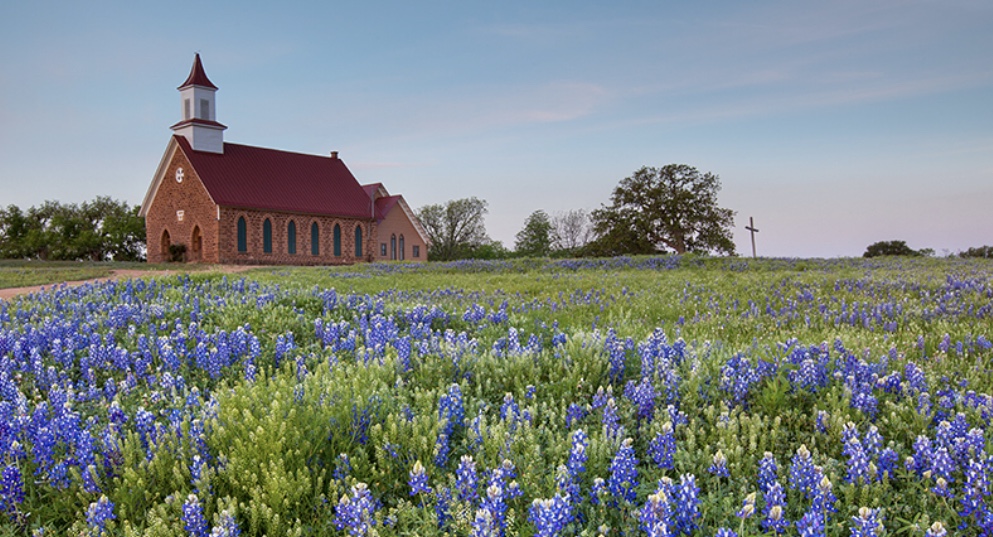