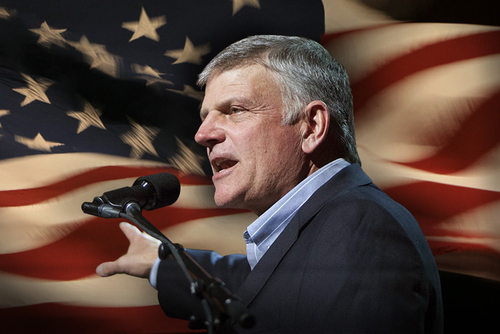 In conjunction with his ongoing “Decision America” tour, Franklin Graham has released the 2016 Billy Graham Evangelistic Association Prayer Calendar.  On the very first page of this calendar is found a picture of a praying Franklin Graham and a scripture citation superimposed against an American Flag backdrop.  The scripture citation is the oft misapplied 2 Chronicles 7:14.

“If My people who are called by My name will humble themselves, and pray and seek My face, and turn from their wicked ways, then I will hear from heaven, and will forgive their sin and heal their land.” NKJV

On the very first page of his calendar, Graham has invoked this scripture in the context of some sort of American political revival.  It shouldn’t take a professional theologian with a PhD to point out that Graham (as well as many other preachers across America) has blatantly misapplied this text.  Yet, just such a theologian has done just that.  At his personal blog, former Southern Baptist Theological Seminary theology professor Russell Moore wrote:

The fact is 2 Chronicles 7:14 isn’t talking about America or national identity or some generic sense of ‘revival.’ To apply the verse this way is, whatever one’s political ideology, theological liberalism.

Moore is exactly right about the misapplication of this text.  Franklin Graham has dedicated his life to the propagation of a biblical worldview and is the son of the world’s most famous evangelist, yet he can’t seem to make the simplest application of scripture.  It may surprise readers to learn that Graham has received no formal theological education since his profession of faith in 1974 at age 22.  Rather, Graham has a degree in business from Appalachian State University.  As a businessman, Graham has done very well from himself.  His 2014 compensation for heading the Billy Graham Evangelistic Association and Samaritan’s Purse was $880,000.  He is the highest paid international relief association CEO in the world.

Graham has enjoyed a lucrative career trading off of his daddy’s name and working older, more conservative Americans (through Fox News and other media) into a frenzy over the tragic moral decline of the United States.  It’s a shame that he publishes a calendar in which he misapplies scripture to the end of raising money for his American tour.  Despite all of Graham’s prayers and prayer rallies, the United States continues its descent in licentiousness.  Graham is losing the culture war all the way to the bank.  Arguably, America is in such bad moral shape because its Christians citizens lack a basic understanding of how to apply scriptures such as Chronicles 7:14.  High-profile politically-minded Christians like Graham, make careers of fanning the flames of misguided Christian nationalism.  Either Graham doesn’t understand the scripture himself or he purposely misapplies it to fill the coffers of his well-funded organization.  In either case, he should be disqualified as a “reverend”.

In an effort to edify the body of Christ, Bible-believing Christians should challenge their friends and relatives who support the Franklin Graham political machine to reconsider the wisdom of so doing.  Graham’s massive and expensive efforts (both in tangible resources and immeasurable “prayer”) seem to have done nothing to stem the tide of liberalism and godlessness that is drowning the North American continent.  Yet Graham continues to rake in millions dollars.  Million-dollar football coaches get fired when they constantly lose.  Why is Graham still on the payroll of conservative American Christians? Refuting Pro-Choice Memes: Responding to Snark with a Winning Argument 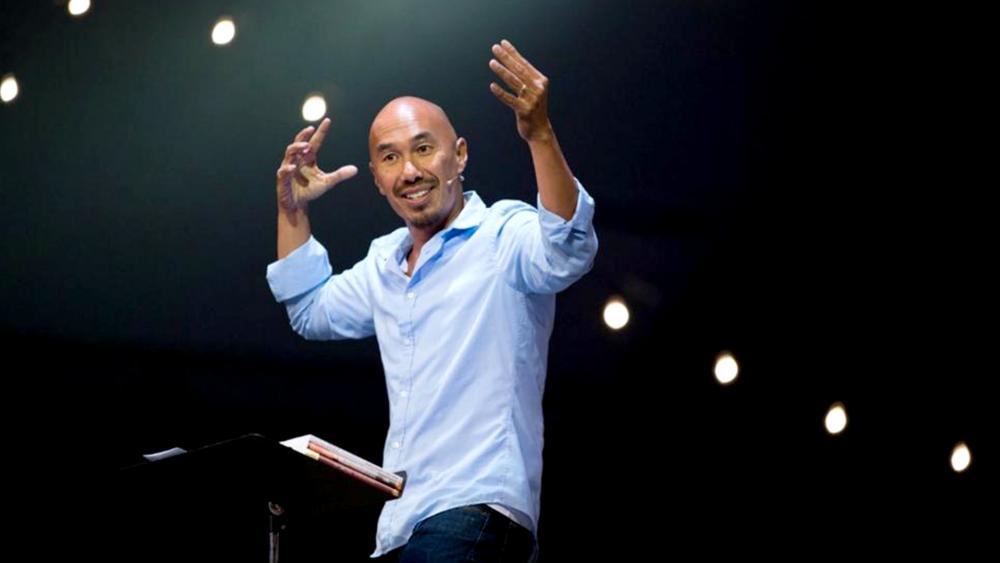