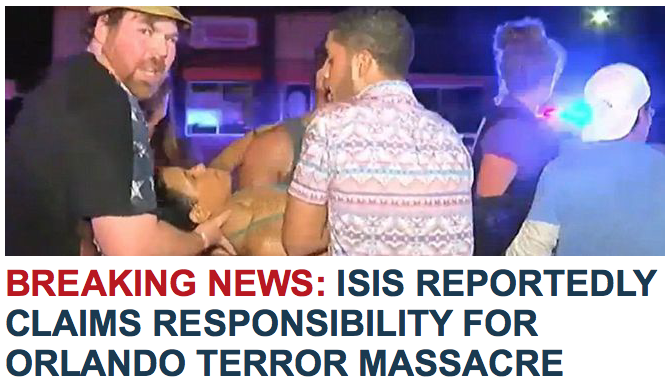 Early this Sunday morning, June 12, at least 50 people in a gay night club in Orlando, Florida were murdered. Over 50 more were injured in what is already being referred to as the most lethal massacre in American history. As with the loss of any life, in any place, we mourn for those who have died and pray for their families. We pray that through the horror of obvious sin and evil-inspired violence, the Gospel truth might be known. We know, that in the midst of even this, our God is sovereign and His Hand is at work.

The Scripturally-astute believer can hardly turn on the daily news, read a feed on social media, or pick up any newspaper and not immediately recognize the ongoing Romans 1 judgment of God. It’s evident across the globe. It’s evident across our nation. Today, it seems evident in Orlando.

Though the news about the shooter continues to pour forth, still merely hours from when his bloody act began, we do know this much – he was motivated by Islamic jihad. His associations with ISIS are being made known. His 911 call voicing support for ISIS kingpin Abu Bakr al-Baghdadi has been reported.  Indeed, ISIS has claimed responsibility for the massacre.

Which prompts me to wonder …

Why are Southern Baptists actively supporting the construction of an Islamic mosque, led as we are by the unilateral voice of Russell Moore and a seemingly unrestrained Ethics and Religious Liberty Commission?

Russell Moore hasn’t, as of this writing, publicly commented about the Islamic influence of the Orlando jihadist. He has called, as we all do, for prayers for the families of the victims and for those injured in the attack. But he has not acknowledged the evil-inspired reality that we, as Christians, absolutely know Islam to be.

Russell Moore may not address the Islamic evil that motivated this particular individual. He may muse that, well, most Muslims are not jihadists. But, again, as a Christian, he cannot fail to recognize that Islam worships a false god that will motivate its followers to perform such heinous acts.  Moore should believe, as do most Southern Baptists, that “we know that we are from God, and the whole world lies in the power of the evil one.”  (1 John 5:20)

Rather than denouncing Islam as inherently evil from his lofty ERLC perch, standing instead on the solid ground of the Gospel of Jesus Christ, so far Russell Moore has led this Southern Baptist agency to proactively support Muslims.  Instead of a bold, solitary stand on the Truth, Moore has opted to join hands with the very source of evil that inspired today’s events in Orlando.

Because Moore and the ERLC so vigorously worship the god of American religious liberty, he has been bound, it seems, to support any and every cause where the worship of that idol might be affected. So he signs, on behalf of every Southern Baptist, the amicus brief of a lawsuit supporting Muslims pursuing the First Amendment right to build a mosque.

Did the Orlando mass murdering jihadist attend a mosque? What if he did? But ask yourself the next logical question, and, if you are a Southern Baptist, you might find yourself shuddering at the possible answer …

What if the Orlando jihadist attended a mosque whose very construction was supported by the type of effort upon which our Southern Baptist ERLC is currently engaged?

What pithy tweet would Russell Moore put out if this shooter had attended a mosque that was built with Moore’s intentional support, support that isn’t Moore alone, but also that of our entire Convention? What would he say then?

As a Southern Baptist, I’m outraged that our churches – our CHRISTIAN churches – take a portion of tithes and offerings to pay for an agency that would intentionally link arms with the very face of evil in the world.

Moore has defended his actions in the name of religious liberty. But the last time I looked, we don’t worship that idol, Russell. We worship the one true God, and He has commanded us how to handle ourselves in the world. “Come out from among them.”  We do not need a quorum of like-minded amendment defenders to rest assured that our God always protects His own.

As Americans, we support religious liberty. We ought to vigorously defend religious liberty.  But, we do not need to hand-hold with the evil of Islam to stand boldly for this freedom.  It is not a right given to us by a government. It is a God-given right. But also God-given are His commands to us, such as “Do not be unequally yoked with unbelievers.” (2 Corinthians 6:14)  Instead, thanks to Russell Moore, the Southern Baptist Convention has been, for all intents and purposes, legally “married” with Islam as Moore continues his worship of the false god of religious liberty.

Moore has sacrificed our unique Gospel witness in the world, made our faith merely one of many in a pluralistic culture that believes, wrongly, there are many paths to God, and has made such alliances with evil a judgment-inducing behavior that our Holy God will not tolerate.

Southern Baptists have never sacrificed our staunch stand on the Gospel. But Russell Moore has … because, apparently, his flavor of Christianity is “American” first, along with the incumbent support it demands for legislated protections and freedoms – for us and others – and “Christian” second. But that’s not what Scripture calls for. It’s not what Christ commands. And it ought not to be what Bible-believing Southern Baptists should tolerate in our midst.

Pray for those affected by the horror in Orlando. Pray for their families. Pray for the depraved, lost in sin and ignorant of the Gospel. But, friends, please also pray for the Southern Baptist Convention. Pray that we will stand firm, even if alone, on our absolute convictions of the Gospel and the sufficiency of Scripture.

As Charles Spurgeon said, in 1861, Baptists “have ever been ready to suffer, as our martyrologies will prove, but we are not ready to accept any help from the State, to prostitute the purity of the Bride of Christ to any alliance with Government, and we will never make the Church, although the Queen, the despot over the consciences of men.”

Southern Baptists must stop the ERLC from prostituting the bride of Christ, not only with a worship that replaces Christ with the idol of religious liberty, but also the prostitution of her with intentional, unbiblical, and egregious alliances with the very enemy of Christ himself.

May God forgive us and may the SBC repent.  Our annual meeting in St. Louis would be a good time to start. 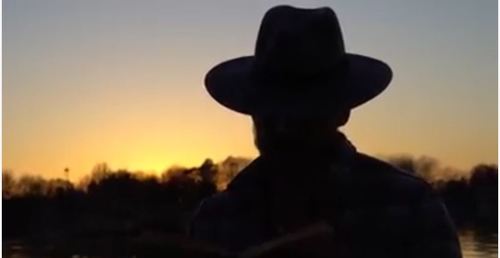