It’s happening already, as you know. The orthodox church, while being bombarded with anti-biblical efforts of enemy-inspired ecumenism, will continue to be challenged to succumb to cultural pressures in the name of love, tolerance, and co-existence.

In a post-modern world where relativism is the rule, where spiritualism and emotionalism are the mechanisms for a mystical relationship with the divine, and where absolute truth can, under no circumstances, be asserted, the church will be ground zero for sin-embracing hordes following the idol of tolerance.  But we know that idol’s name.

Before even the dust is settled from the evil conquest of the American government’s wrongful redefinition of marriage, now closely followed by this “let me use the potty I choose” nonsense, the church remains the desired target. Don’t fail to recognize that.

States have been given the marching orders of government-dictated marriage tolerance. Schools have been given directives about how to let a 2nd-grade little boy who self-identifies as a little girl use the bathroom of choice. Churches are next, of course, because they are the ultimate goal of the enemy. He can’t challenge God’s Word in a godless culture. That’s got to happen in pews and pulpits.

For the authentic believer, for those in the true church, what’s going on in the world should not be a surprise. How can unbelievers be expected to do anything other than follow the desires of their fallen flesh? It should not go unnoticed that, when the Apostle Paul gives his list of provocations for “the wrath of God being revealed from heaven” in Romans 1, sexual immorality secures the preeminent position.

“Women exchanged natural relations for those that are contrary to nature,” and “men likewise gave up natural relations with women and were consumed with passion for one another.” God “gave them up” which is His divine judgment on sin, particularly on the sin that directly challenges the fundamental institution of marriage that the Lord established long before governments came on the scene.

Far from seemingly simplistic ecclesiastic debates over women as deacons, or women as pastors, the epic battle over the LGBTQ agenda within the church is coming to the forefront. It’s one thing that the government might just seek to administer bathroom rules for your local church, but it’s quite another when churches discover the enemy working from within.  And the enemy’s looking for more than mere restroom rights.  He’s looking for an unfettered embrace.  He’s looking for an Eve to answer again as the first one did to his question “Hath God said.”

But that’s what’s happening and is going to happen with more and more frequency, and with greater ferocity. Frankly, you can’t preach a man-centered, “its-all-about-you” gospel, offer eternal absolution on the basis of a prayer repeated or an aisle walked, and not, eventually, realize your church is stuffed to the stained-glass windows with false converts. False converts, by the way, still follow the desires of the flesh, including homosexual and transgender desires.

Well, that sounds all kum-ba-yah-esque, doesn’t it? If you recall that little verse, “for the wages of sin is death,” you realize that when God gives folks up to their sin, it’s a death sentence of divine judgment. However, when a “ministry” bases its mission on sin, it’s evidence of a serpent in the sanctuary. It’s proof that we’re not in Eden anymore.

According to an article in Christian News, “Over 100 United Methodist clergy came out as homosexual or transgender this week in a letter publicly addressed to the denomination in an effort to draw attention to the issue ahead of the General Conference and to seek acceptance despite policies that prohibit practicing homosexuals from serving in the ministry.” The letter cited was issued by Reconciling Ministries Network which seeks nothing less than a redefinition of doctrine so that they may be reconciled, accepted, and tolerated with the church – not with God. I guess they believe He’s already adjusted His Word to accommodate their sin.

The article further states that “over 500 homosexual and transgender clergy spanning various denominations signed a separate letter expressing support for the United Methodist leaders who came out in their correspondence.” (When it comes to sin, there is no “power in numbers,” because, after all, it’s a wide path that leads to destruction.  Oh yeah, and God is sovereign.)

Despite the enemy-induced, culturally-supported, and potentially soon-to-be government directed doctrine of tolerance, (You can just see it coming, can’t you?) the United Methodist Church Book of Discipline rightly states that “the practice of homosexuality is incompatible with Christian teaching,” and that “self-avowed practicing homosexuals” may not be ordained into the clergy within the denomination.

So far, the UMC seems to be sticking with their correct Biblical convictions. John Lemperis, the Director of the United Methodist Action Program of the Institute on Religion and Democracy, says, “Even liberal Biblical scholars now agree that the Old and New Testaments are very clear in their moral disapproval of homosexual practice.” “If Jesus is truly Lord,” Lemperis says, “then no area of our lives can be off-limits to Him.”

Lemperis is right, of course, but the enemy cares nothing for the nobility of Scriptural convictions. We can see something of his modus operandi by how the issue for the UMC isn’t being dictated by an over-reaching government. It’s being driven by an enemy in their midst.

These times, though, are nothing new. Just as Paul wrote in the first century, when rampant sexual immorality brought forth the wrathful judgment of our righteous God, so too in our times ought the church’s response be as Paul commanded then. “Purge the evil person from among you.” 1 Corinthians 5:13

If the government continues its overreaching tendencies into realms over which it has no authority, true believers ought not fret. We have a sovereign God and a King of Kings who still managed to build His church despite the terrorizing, hateful, and persecuting world around it. In fact, as ecclesiastic history shows, it seems He relished building it with a vigor when it seemed most unlikely to blossom.   Persecution became a divine catalyst.  But, then, that’s the power of the Gospel.

To be loving is to share the Gospel with these lost souls. When souls are truly saved by God through that Gospel, they too will discover how incredibly, and eternally, wonderful it is to belong to a God who is so righteously divisive, so inflexibly intolerant, … and so truly loving.

Why I Don't Support the Cooperative Program 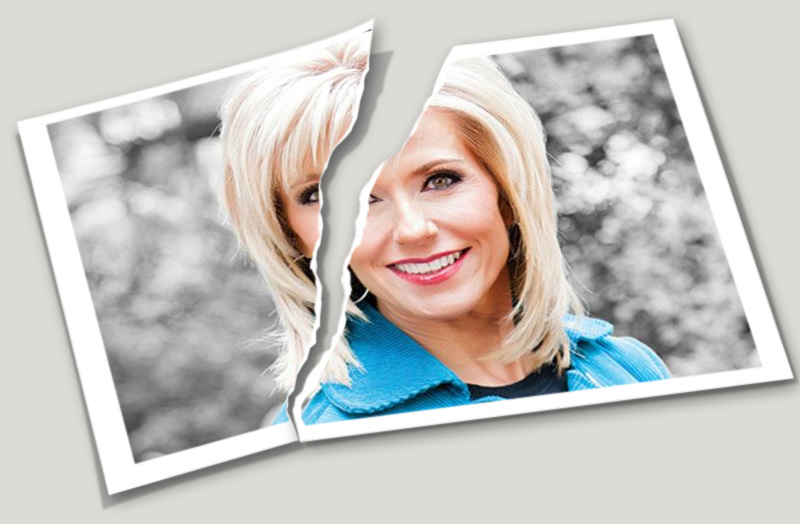