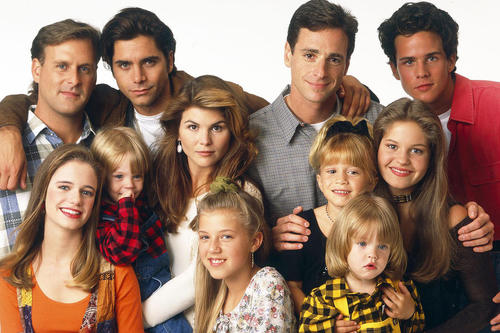 I remember watching Full House as a kid. I’m the same age as Jodie Sweetin, the woman who played adorable little Stephanie Tanner. I watched the show in the TGIF programming block on ABC’s Friday night lineup. I watched it every day on syndication. I’ve probably seen every episode a half-dozen times. I would do pretty well on a Full House trivia game.

To be fair, I didn’t like the show that much, but when you have only five channels you aren’t left with many options. At least, that’s my story and I’m sticking to it.

I watched Friday’s premier of the Netflix reboot, Fuller House, with all the original cast except the Olsen twins (who are probably stalking Dalmatian puppies in Manhattan or bathing in tubs of hundred dollar bills or whatever they do). And yeah, it got to me a tad. Seeing the same cast, all of whom have aged remarkably well, do the same jokes and still being on the inside of those jokes nearly thirty years later is like a nostalgia over-dose. I might have even shed a tear toward the end, had my tear ducts not grown shut years ago from excessive manliness and extraordinary blood-stoicism levels (it’s a terrible medical condition). Seriously, there was a moving moment or two there. Of course, it probably would not have been so moving had it not been for the nostalgia factor, which made the show watchable when, without it, the “channel” probably would have been changed to Modern Marvels: How they Make Sawdust.

And yet, things were different. Things were noticeably different, besides the normal things that would be noticed in the perspective differential between a 34 year old and a 10 year old. Obviously, Uncle Joey doesn’t seem nearly as funny. Like, at all. Did I ever laugh at that Bullwinkle voice? Was I all jacked up on the Kool Aid? I don’t remember ever mentally diagnosing Danny Tanner’s cleaning infatuation with Obsessive Compulsive Disorder as a kid. Is that what we do as adults? Do we turn funny quirks into medical diagnoses? Man, I don’t like being an adult sometimes. I don’t remember sitting there as a kid wondering what the fair market value of a similar home in San Francisco would be, given their incredibly high residential inflation. Last night, I wondered what their property tax was on that house, I kid you not. So that stuff is different, obviously.

There are a few other things I don’t remember.

I don’t remember having to advert my eyes because breasts were on display like pig ribs in a butcher shop window. I don’t remember having to have my mom and dad give me an obligatory speech about modesty because something comes on that solicits the conversation, like I had with my daughter before we got a few episodes in and we had to turn it off. And I sure don’t remember any so-called “under-boob” that was surely a wardrobe specialist’s intention (that type of thing is no accident). I don’t remember such explicit sexual innuendos which all but the very youngest children would get. And I sure don’t remember any major characters being promiscuous partiers. Maybe I missed it. Heck, I was a kid. Maybe Jesse was a gigolo back in the day, but was it so explicit? Or did I just not pick up on it?

A few points of observation:

Nuclear families are not funny. At least, apparently. We all understand the sit in sit-com. It’s a situational comedy. And the situation of Full House was a mom we hardly ever heard about (that’s kind of weird now that I think about it as an adult) who had died and left dad, dad’s friend and her brother to care for the kids. Three men and a baby. I get it. So then, this is take two. And how do the comedy writers pre-empt the story-line? They bump off DJ’s husband in a fire. Good grief, does somebody have to die to make a family sit-com these days? Since the Brady Bunch (what happened to their spouses anyway, and why do these spouses keep getting mysteriously off’d?), families need to be broken, disjointed or bereaving to be happy. Step-by-Step and others sitcoms of that era fueled the notion that “regular families” aren’t that funny. Gibbler and Erkel were the nerds next door – and they had normal families. The entertainment was apparently found in mixed or blended families and parents trying to find soul mates or get along with new spouses.

Little has changed. Fuller House is still a house of unmentionable death, and like last time, only Hollywood magic can account for everybody getting over that death so easily. While DJ’s baby is still small, the extent of her mourning wasn’t the loss of her husband’s friendship or presence, but was entirely related to her uncertainty in raising the kids herself. It seems that her deceased husband must have been the most un-missable guy on the planet. Startlingly – and I mean, I kept wondering if I was perceiving this right – DJ’s old boyfriend, Steve, walks through the door and instantly hits on the widow. Like, her husband just died. It was no more than a matter of months. And strangely, the writers didn’t portray Steve as a scumbag, but an adorable cutie pie. It was…odd. Likewise, returning character, Kimmy Gibbler, is an estranged wife raising her daughter as a single mother. Divorce and heartbreak are clearly more entertaining than happy marriages.

Little Stephanie has grown up into big Stephanie, who clearly has two things going for her in this sitcom. And those two things are accented, repeatedly, over and over again and gratuitously. And before anyone lectures me about “oh, so you noticed,” it would be like lighting the Christmas tree, decorating it and putting it in the window and wondering why people notice your Christmas tree. Stephanie was…festive. Her character also grew up into a party DJ who had to be quieted when talking about “hooking up” in front of the kids. In a later episode, the one in which we had to change the program, Stephanie was clearly the instigator of a night at the club in which risque dancing, short skirts and cleavage, and Stephanie’s dress which looked like she had to eventually be extracted from with a can opener, all were the central focus of the cinematography and story line. Let me rephrase that. There was no story line. There were the Tanner girls in immodest clothes and that was the point of the scene and the majority of the episode was just them writhing about with a couple of Guidos.

It would have been nice to see the 30 years pass and find the Tanner girls having grown into godly women (the kind that Candace Cameron-Bure, the actress who plays DJ, purports to be in real life), or at least inherently moral women, given the quality attention afforded them by one dad and two surrogate fathers. That, of course, is wishful thinking and reveals my naivety and undue optimism. After having to do things the hard way, three old men are back to being surrogate dads to the second generation.

I know this review seems like it’s written by a puritanical fuddy-duddy (it is), but what we find in Fuller House is a rather accurate reflection of our culture. Our kids are getting older, but not necessarily growing up. A repeated gag in the first few episodes are the girls doing the same things they had done as children, and it was so apropos. They haven’t grown up. They just got older, more risque, less modest, and acquired potty mouths. Again, it speaks to our culture. Our kids aren’t growing up so much as they are just kidding bigger and more carnal.

And that’s the heartbreak that gives us nostalgic types a little pause. New viewers, like our teens, are watching Stephanie with their mouths gaped open in lust. We, on the other hand, are watching that same little golden-headed girl with her lisp play dress-up. We see little Stephanie. And we want the innocence back. 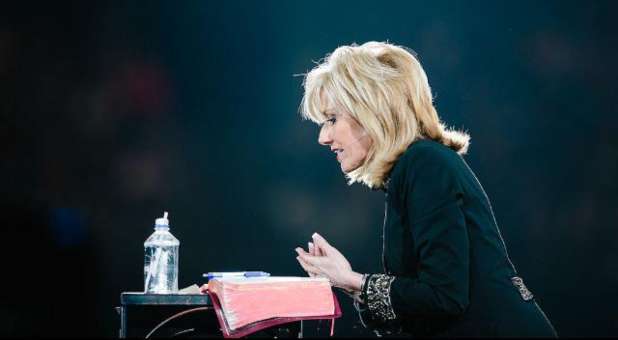 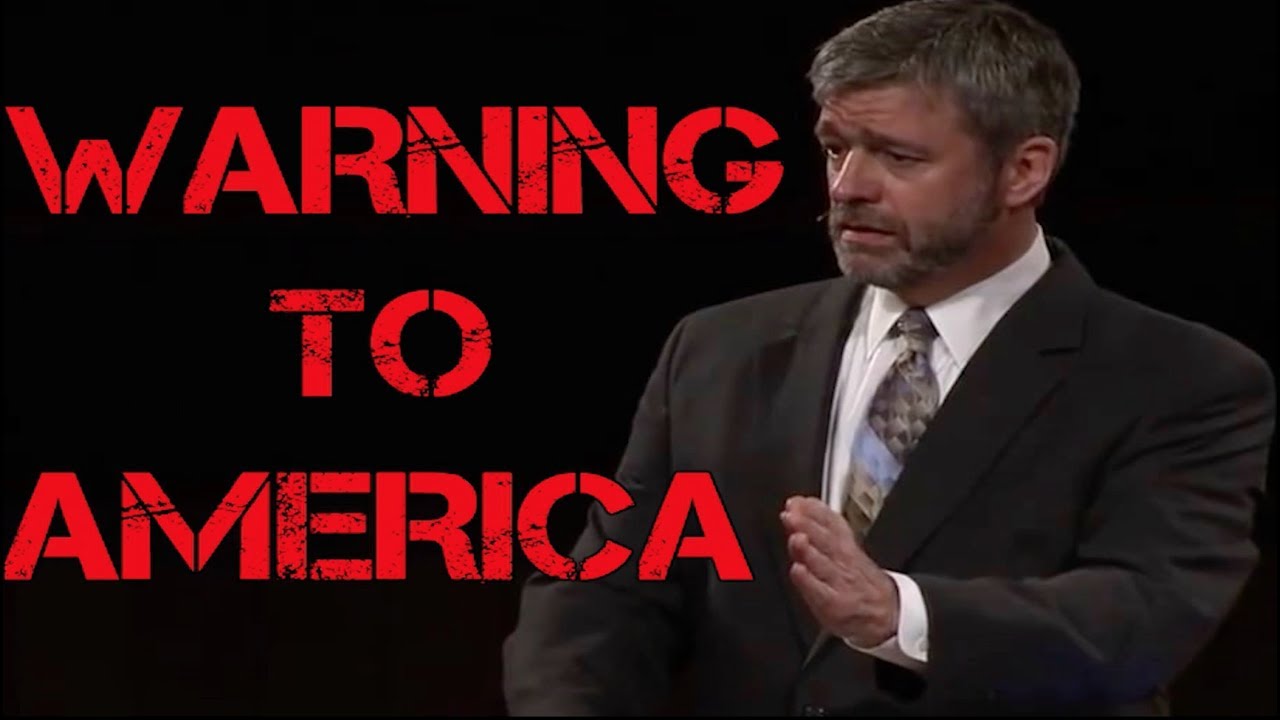 The War on The Sinners Prayer & Easy Believerism 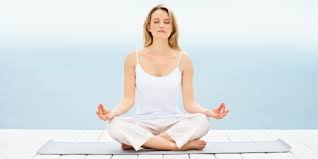 Podcast: God Does Not Speak Through Prayer