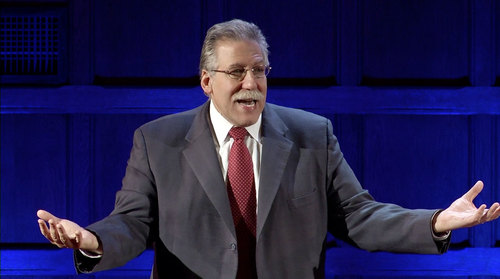 I am also thankful for your approachable nature and accessibility, as you’ve been kind enough to personally correspond with me in email numerous times, as well as at least one phone conversation (if memory serves), as well as interactions in social media. You were even on my radio program back in October of 2014 and let me grill you with questions as to why you would share a stage with Benny Hinn. If you recall, you argued that continual false prophecy doesn’t by necessity make someone a false prophet. And although I would vehemently disagree, I have always found you gracious and kind.

So then, it may seem like an affront to your graciousness or kindness in writing an open letter to you, when I could so easily reply to your last email and say these things privately. However, as you will see, I have previously written you personally on this matter to no avail. And secondly, what I perceive to be your grave error is already public, and there exists no biblical mandate to address public error privately.

When Pulpit & Pen and a few other polemicists and discernment sites broke the story of the gay choir leaders at Hillsong NYC, you wrote a scathing piece for Charisma Mag, shaming those of us who released this information and accusing the entire affair of being nothing but “internet rumor” (source link). Of course, it was not mere rumor. The homosexuals in question testified to their service at Hillsong NYC in a media interview (source link). Hillsong NYC pastor, Carl Lentz, was on the record in the press regarding homosexuals in the congregation (source link). The polemics and discernment community had made available to the public videos of Carl Lentz clearly capitulating on the topic of homosexuality (source link), which gave us every possible indication that the homosexual choir leaders were indeed embraced and utilized at Hillsong as though they were members of the Christian community.

And yet, Dr. Brown, your article defending Hillsong in Charisma Mag castigated and rebuked the wrong people. You wrote, “First, as Christians, we are often all too quick to believe and then repeat a rumor rather than hoping for the best and waiting until the evidence is in…How would we feel if the same was done to us—to our families, to our congregations, to our reputations—and people we didn’t even know helped spread lies about us, lies that can color people’s thinking for years to come?”

You accused the discernment community, and by extension me, of “lies.” And then, Pulpit and Pen gave the mounting evidence that the lies belonged to Hillsong CEO, Brian Houston. Houston’s public statement regarding the controversy, which you said you posted “far and wide” for him, stated that the aforementioned interview with the homosexual choir leaders (which happened in January of 2015) “was a complete surprise to us.” We released the “smoking gun” post with video of Brian Houston on ABC Nightline in November of 2014 in which he referenced the homosexual couple and affirmed their service at Hillsong NYC (source link).

Dr. Brown, you accused us of lying. In fact, Brian Houston was lying. That’s an inarguable fact. You did not do as you lectured us to do, and “wait until the facts are in” before accusing us of wrongdoing. And because you disseminated that lie for him “far and wide,” he made you into a liar. He made your defense of him and attack of us in Charisma Mag into the very thing you were warning about – a slanderous untruth and ungodly rumor.

Dr. Brown, I emailed you as I was discovering the clear video evidence of Houston’s lie, conscientious of your reputation. It was important for me to express to you the truth. I was hoping and praying you would issue a retraction of your article, an apology to the polemics and discernment community, and a rebuke to Brian Houston for making you into an inadvertent liar. And yet, no such clarification or retraction came. I chocked it up to the typical lack of discernment that’s readily available in a community where Nadab and Abihu would be most welcome.

And then, I saw your most recent article in Charisma Mag again defending your fellow charismatic, Brian Houston (source link). Hillsong put on a Christmas program, of which was a part that displayed a “sexy” cabaret-style song-number (source link). And although Hillsong quickly got rid of the video evidence, the photos alone were disturbing. In fact, they were beyond disturbing. They were carnal and wicked. And to make matters worse, it was done in Jesus’ name. There was, and is, no excuse for such a display of lasciviousness in any place or among any people masquerading as the people of God. And yet, you chose to make excuses for Hillsong and Brian Houston – who we have already (beyond a shadow of a doubt) demonstrated lied and had you take part in his lies.

In that article, you asserted a personal discovery of yours that the rendition was “supposed to be cringe-worthy.” It was, you said, supposed to exemplify Herod’s desire to worship. And then, you made this into a mere methodological issue. Dr. Brown, do you really believe it is somehow an innocent methodological mistake to portray a scantily clad, semi-nude woman, baring her midriff in a Marilyn Monroe dress and dancing on a platform in celebration of Christmas? Do you think such incitements to lust and unwholesomeness was really done to portray Herod’s filthy heart? Do you really think the idea to put semi-nude women on stage to dance and writhe their bodies was done for any other reason than to fulfill the basest desires of a congregation of mostly lost people?

And then, worst of all, you continue in your article to wag your finger of rebuke back at the polemics and discernment community, saying this should be a “cautionary lesson” about not judging wrongly. And you write this to defend a gay-affirming, prosperity gospel, Word-of-Faith organization that has already made you take part in their sins once before.

But here, Dr. Brown, is what the Holy Spirit is responsible for. The Holy Spirit gives numerous gifts to believers and works in them the know-how and ability to use these gifts. Let’s table the Apostolic gifts for a moment, and just not argue about that right now. We should be able to agree that the Holy Spirit, in all ages and seasons, administers gifts to believers for the edification of the church that include – among others – discernment. This is the gift of discernment in being able to discern good and evil spirits (1 Corinthians 12:10) and discerning good from evil in general (Hebrews 5:14).

Regardless of the hype of light shows and fog machines, Christmas cabarets and gay choirs, ecstatic utterances and supposedly fresh words from God, I can categorically say that God the Holy Spirit is not at work in charismatic evangelicalism. There is no corner of the Christian world that is so devoid, so empty, and so lacking in the spiritual gift of discernment as what we see in charismania, of which you are a part. If God the Holy Spirit were at work there, we would see charismatics, such as yourself, purge the rolls of the charismatic teaching roster like God purged Mt. Caramel.

You still owe it to the readers at Charisma Mag to retract your defense of Hillsong and apologize to the polemics community who were right, who you castigated as liars. And, Dr. Brown, you owe it to yourself to ask why your theological camp is full of charlatans and crooks and why you feel the need to defend them. 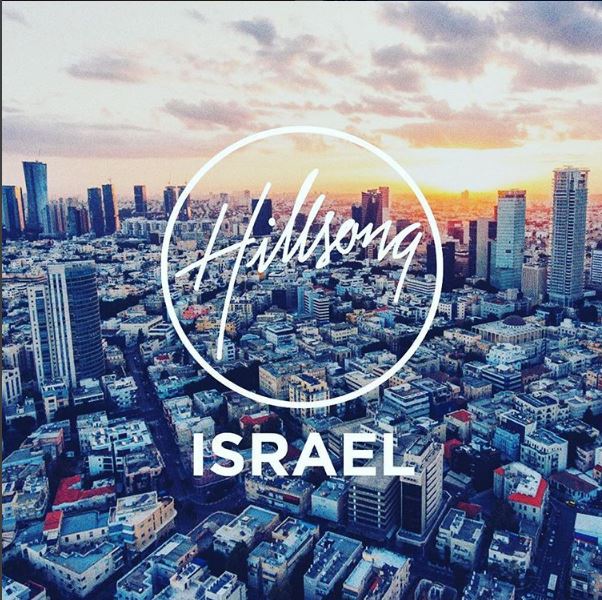 Case: Karen Swallow Prior – A Theological Argument Against the Affirmation of Sin.