We polemicists have been trying to get your attention on the charismatic craziness of Christine Caine for, like, a long time. And, we’ve been trying to warn you that Piper’s been destroying his legacy by constantly canoodling about with Caine and others for some time.

In short: Christine Caine is a Word-of-Faith impastor who heavily relies upon direct, divine revelation, teaches name-it-and-claim-it positive thinking, meditative prayer, and and is from Hillsong “Church” (which we’ve written about here). And if that’s not enough, a picture is probably worth a thousand words.

So then, Denny Burk (who is a guy I really like – seriously – but we recently wrote about here), a prof at Southern Baptist Theological Seminary, goes and promotes Giglio’s Passion Conference tonight. Speakers include John Piper, Ravi Zacharias, Levi Lusko (who pastors over in my neck of the woods) and impastor, Christine Caine. 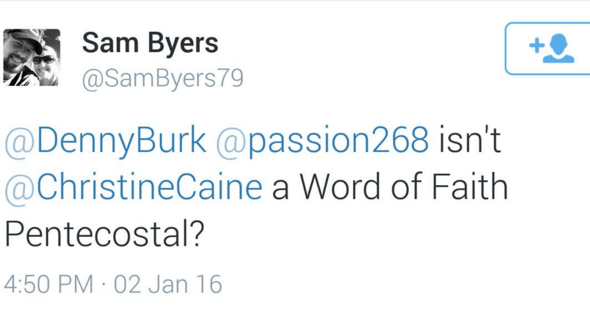 Okay, okay. Here’s the thing. I don’t know how Dr. Burk wouldn’t know who Christine Caine is. But, I’ll take him at his word. But four things, here…

(1) You should probably know about people before you promote their conferences. Just saying. (2) This explains why all Christians – and especially leaders, like Burk who I like (I wrote that twice, so you know I mean it) – need a steady dose of polemics in their theological diet. Promoting a heretic could have been avoided if you’d just listen to those terrible discernment people once in a while. Like, put some polemicists in your Feedly or something. It’s good for you and (3) is it not enough that she’s an egalitarian from Hillsong? Like, isn’t that enough? For crying out loud. How low is our bar these days? (4) It’s great Caine’s against human trafficking. I hope she’s also against kicking kittens, the holocaust and advocates for literacy. Like normal people.

This little incident also speaks to why it’s important that leaders like Piper practice at least one degree of separation from heretics (looking at you too, Matt Chandler). Nobody is being unreasonable here. For example, Francis Chan speaks at IHOP with Mike Bickel. We probably shouldn’t get upset if you speak with Chan, but we are rightly upset if you speak at IHOP with Bickel. Get it? Isn’t that reasonable? Because Piper is Piper, folks have a tendency to say, “This must be a good conference.” That’s the problem. That’s where discernment fits in.

Please, fellas. Please. Can we please not promote the heretics. I’m begging you.

[Update: Denny’s going to ignore all those critical criticizing critics and all their dirty facts. Who needs facts when you had a good experience once?] 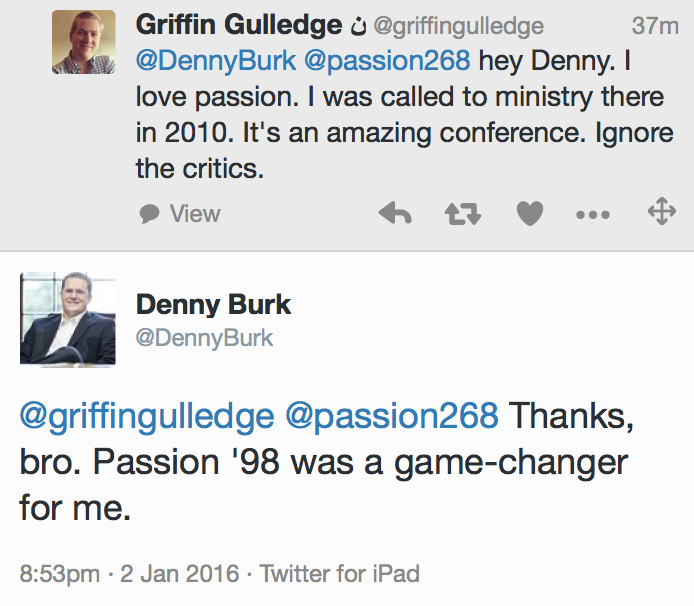 Is Your Pastor Attending MLK50? It's Time to Leave Your Church.