[4] But before they lay down, the men of the city, the men of Sodom, both young and old, all the people to the last man, surrounded the house. [5] And they called to Lot, “Where are the men who came to you tonight? Bring them out to us, that we may know them.” [6] Lot went out to the men at the entrance, shut the door after him, [7] and said, “I beg you, my brothers, do not act so wickedly. [8] Behold, I have two daughters who have not known any man. Let me bring them out to you, and do to them as you please. Only do nothing to these men, for they have come under the shelter of my roof.” [9] But they said, “Stand back!” And they said, “This fellow came to sojourn, and he has become the judge! Now we will deal worse with you than with them.” Then they pressed hard against the man Lot, and drew near to break the door down. (Genesis 19:4-9 ESV)

The demands of Sodomy’s namesake village inhabitants were simple. First, the sodomites demanded Lot’s guests, that they may rape them. After being offered a compromise of his own daughters, the Sodomites grew angry and incensed that Lot “judge” them. Then, when Lot did not capitulate to their demanding tantrums, they vowed vindictively to treat them more harshly than the brutal sodomy they would have given his guests.

In the Biblical narrative, the Sodomites made entitled demands, were enraged when they felt judged, rejected all compromises, and vowed revenge if they were not catered to. Does that sound familiar to you?

Can you imagine the gall of parading their sexual deviancy in the street, this way? Surely this was a phenomenon relegated to some obscure corner of the ancient world.

Okay, well maybe it’s not a phenomenon relegated to some obscure corner of the ancient world. But surely, it’s not like the sodomites always act so overtly and publicly regarding their sexual desires. To take their sexual deviancy out into the open street, as during the days of Sodom, isn’t something that characterizes the sin of sodomy in general, does it? I mean, acting out their desires in the open and exposing their twisted sexual appetites for all the world to see is probably the exception and not the rule, right? That was probably an exaggerated narrative fit within the Biblical text for the sake of sensational story-telling. 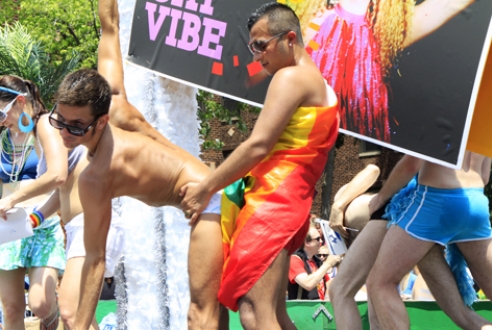 Okaaaay. Maybe not. Maybe this does seem to be the prevailing attitude in the heart of the homosexual- a flaunting of sexual sin. And such normal displays of homosexual aggression, as seen above, are inherently an act of coercion and force. Like the sodomites of Lot’s day, forcing their sexual perversions upon his guests, the 21st century heirs of that deviancy find their jollies in forcing their sexual perversions upon others by these gratuitous, explicit displays of aberrant behavior. Men, women, children are forced to live in a society where modern-day sodomites propel their deviancy toward us whether we like it or not.

And if, by chance, we happen to voice displeasure with their sexual iniquity flooding the gutters of our streets and the ways they’re coercing us to embrace them and their sins, then the posterity of Sodom become incensed that we dare judge them. 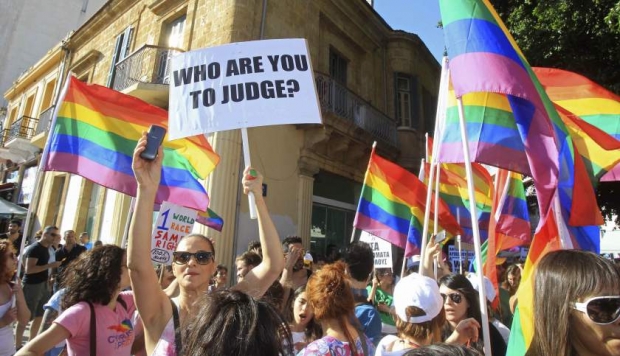 And then, in the narrative of Sodom, we see that when Sodomites feel judged they lash out in angry and vindictive calls for violence upon those that dare discern whether their behavior can be classified as “right” or “wrong.” But again, surely that doesn’t happen today in our more enlightened, reasoned world. 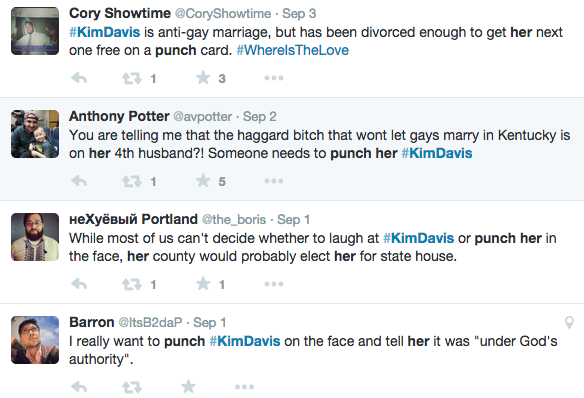 It seems that some things don’t altogether change.

What was Lot’s error? With the Sodomites beating on his door and angrily making demands, he thought that they could be placated with compromise, and that compromise included handing over his daughters. Yeah, scumbag move, I know.

He learned really quickly that the Sodomites, because they are driven by unnatural lusts and desires – even if by those desires “they receive in them the due penalty for their error” – will not accept a compromise no matter how good it may seem. They wanted to forcefully sodomize these dirty, dusty male travelers and didn’t care if they were being offered the wealthy, healthy, probably pretty and young daughters of Lot. Sexual perversion takes no second seat. It wants what it wants, when it wants it, and anything resembling normalcy is not good enough.

We need to realize the same, as Christians, when dealing with issues pertaining to the gay agenda in our nation. We may be tempted to compromise on things like unisex bathrooms in order to appease the transgendered. We may be tempted to let in the gay scout masters or give in and call the self-identified “woman” a “she” when we know good and well that God made him a “he.” When we compromise on these things, we commit Lot’s error – we hand over to the gay gestapo the hearts and souls of our young men and women. The cost of our compromise is our youth and children who see us give an inch, who will in turn give a mile.

Draw your line in the sand, and make it a straight one (pun intended). Do not hand over your sons or daughters to the sodomites dancing in the gutters. Do not give an inch. Bar the door.