On the eve of the release of War Room, I wrote this piece to accompany my earlier review of that film.  This article includes a listing of War Room’s many companion products, which have been made available through LifeWay Christian Resources.   War Room has been heavily promoted by LifeWay representatives throughout the United States.  Local Baptist missions association directors, in conjunction with LifeWay representatives, have encouraged churches to purchase blocks of tickets or even rent out entire theatres for showings of War Room.  During the past few months, free previews of the movie have been offered to key leaders in local churches in order to create a buzz for the film.  Tomorrow War Room will hit theatres.   Its many companion products should appear at a church near you shortly thereafter.

There are two primary products which have been made available for sale to churches:

Other products include a teen prayer journal, a “Battle Plan” prayer journal (which seems to be little more than a regular prayer journal which has been branded for the movie), the War Room novel, and the “Battle Plan for Prayer” book by Alex and Stephen Kendrick which is advertised as a “strategic guide to engaging with God, expecting His answers, and enlarging your vision of what He can do through someone like you.”

This product line doesn’t sit right with me.  Certainly, toy companies aren’t sinning when they make Ninja Turtle and Transformer Action figures to accompany movies about those characters.  Neither does Disney sin when it sells princess dolls of all its movie heroines.  These companies are just doing what companies exist to do, selling products to make a profit.  So, it’s not unusual to see a product line associated with a movie.  However, unlike Star Wars action figures, the gospel and biblical principles are not commodities.  Yet, there are so many things for sale in association with War Room.

Doesn’t it seem a little McChurch to offer sermon outlines for sale?  Shouldn’t a local pastor already be equipped to preach on prayer from the Holy Bible?  Does the local pastor need to spiritually lead his flock to the cineplex?

Coast to coast, local churches have been asked to give War Room a major push in theaters.  Some churches are planning to buy block of tickets to sell or give to their members.  If the movie is good, couldn’t consumers make the choice to buy tickets of their own volition?  (Does your church tell you what brand of groceries to buy?)  There is a clear message from the Evangelical Industrial Complex Associated with this movie: “You will see it.  You will study it.  Your church will buy the companion materials.  We decide what’s cool and its War Room.”

Consider a church with 1,000 active adult members.  If the church buys a campaign kit,  fifty Sunday School leader guides, one thousand study books, and one thousand movie tickets, the total cash outlay for doing so will be somewhere in the neighborhood of $19,274.49 and War Room will be the in thing at the church for five weeks.

Could that money be better spent elsewhere, missions perhaps, perhaps hiring a youth minister who knows how to do more than play electric guitar and throw pizza parties?

Of course, most churches aren’t one thousand members strong but many are.  Some are even bigger.  There are thousands of churches, from as small as 50 to as large 10,000 who are currently in the market for War Room tickets and materials.  These materials have been pushed on them hard by their local missions directors and LifeWay representatives.  The potential companion product revenue that surrounds this movie is staggering.

Companion product revenue is needed because the evangelical movie market is a small one when compared to the general population.  This is not a movie lost people, by and large, are going to go out and see.  They will spend their money on rated R fare while the clear gospel presentation in War Room is preached to the choir.  So, to convince secular movie distributors such as Tri-Star to invest in their movies, Christian Filmmakers must promise to deliver ticket sales and related revenue.  Blocks of church-bought tickets will do just that, especially on their movie’s opening weekend. 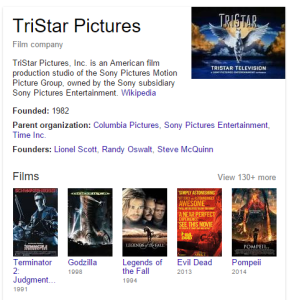 Alex Kendrick seems to have become the Tyler Perry of the Christian movie industry.  He writes movies, stars in them, and markets them to his niche audience.  Again, there’s nothing sinful about doing this but I remember his first few movies and he didn’t seem like media mogul back then.  Flywheel and Facing the Giants were made as ministry of his church and even starred church members, not professional actors.  Now, he’s resigned from his church to run his own production company.  Personally, I can’t imagine a 1st Century pastor leaving his church to produce and market Christian drama.  Neither can I imagine a 1st century Christian being a gospel consumer.  I certainly can’t imagine a 1st century Christian associating with the likes of TD Jakes and other Word of Faith Ministers but that’s exactly who Kendrick has been keeping company with since hitting the big time.

The gospel is a big time message but it’s not a big time product.  Be discerning about War Room.  Don’t be afraid to question the leadership of your church if they expect you to study it.  As I mentioned in my review, there are serious and well-document problems with the people associated with this film: most notably Priscilla Shirer and Beth Moore (who is actually barely in the movie at all).  Both have advocated the dangerous practice of contemplative prayer.  Now, they are starring in a movie about prayer which is selling books about prayer.  Does the guy at your church buying blocks of movie tickets know this?

Be careful Christians.  Consumers usually get what they pay for.  Maybe this weekend you should find a copy of Flywheel and sit down with your family at home and watch it.  It’s about a man who puts God before money.  When it’s over, read the Bible and pray together.  That will cost a lot less than $19,274.49.

Welcome to the Machine: The Economics of Accepting Charismania and Promoting Racial Reconciliation

Patterson Puts Ergun Caner Back into the Spotlight