Mark Driscoll just spoke at Thrive Conference 2015. This is the only video from Driscoll’s time on stage, posted first here and uploaded to P&P in case it is Canerized (you never know).

In the short, six minute video (which reportedly was just a fraction of his time on stage)…

And then…they gave him four tickets to Disney Land.

Oh, and something to make you stone-cold cessationists scream: Several attendees report that Driscoll had spoken about hearing the voice of God a number of times, and said “We audibly heard the voice of God to be released from ministry. 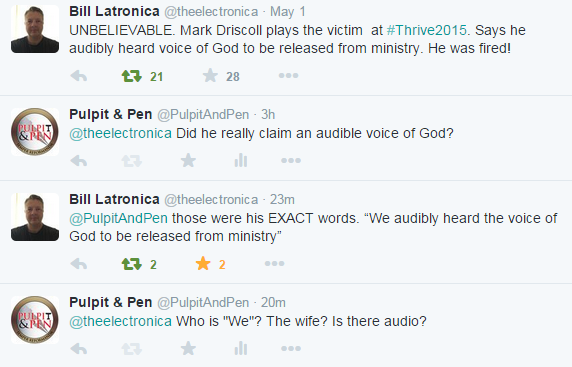 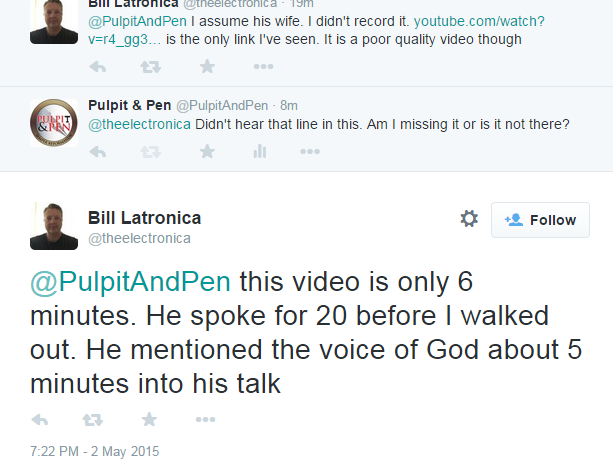 Reporter: “Now that you’ve been restored to ministry, where are you going?” [sticks mic in face]

Dave Miller and the Pigs of the Southern Baptist Farm

Hillsong’s Naked Cowboy is Back — Except Now it’s Naked Santa!