In recent days, some Southern Baptists have argued two basic assertions. First, that there’s no real evidence that Phillips, Craig and Dean have ever denied the Trinity. Secondly, even if they have been Modalists, so the argument goes, by signing a statement affirming the Baptist Faith and Message, they’re now to be considered orthodox. And better yet, if you’re not willing to give them the benefit of the doubt and are waiting for an explicit denial of those doctrines that’s at least as public as their previous embrace of those doctrines, you’re a hater who doesn’t rejoice when sinners come home.

Let’s consider the first assertion, that there’s really no good evidence that Phillips, Craig and Dean are Modalists.

In the June 1997 article in Charisma Magazine, Phillips, Craig and Dean were described as being “three Oneness ministers.” I think that Charisma Magazine would know some of their own. There has been no retraction of the aforementioned claim, and given the prominence and wide readership of Charisma Magazine among those of Phillips, Craig and Dean‘s charismatic circles, one can only assume the group didn’t ask for one. If it was reported I denied the Trinity, I’m pretty sure I’d ask for a retraction (it’s kind of a big deal).

In 1999 when many began to question their Oneness theology, Phillips, Craig and Dean issued a letter to help clear up any questions. In the letter, they acknowledge the “existence of the Father, Son, and Holy Spirit” and affirmed the Apostle’s Creed.

This is where Southern Baptists (and others) quick to issue them a certificate of orthodoxy need to confer with (1) those who have come out of the Oneness heresy and (2) scholars who have an understanding of the intricacies of modalism and how their vocabulary can be very deceiving. As Phil Johnson said in this YouTube clip that addresses Phillips, Craig and Dean, heretics always attempt to prove their orthodoxy, even by using deception if necessary.

As one Oneness Pentecostal says – as is quoted in David K. Bernard’s The Oneness of God (Word of Flame Press, 1983) – concerning the Apostle’s Creed…

“For the most part they [the writers of the Apostles’ creed] follow biblical language very closely. They describe the Son of God only in terms of the Incarnation, nowhere hinting that the Son is a separate person in the Godhead or that the Son is eternal [good news for OP]. They affirm belief in the Holy Ghost, but not as a separate person of the Godhead [again good news for OP]. Instead they place this affirmation together with other statements relating to salvation, leading us to believe that they are talking about the gift or baptism of the Holy Ghost and to the working of the Holy Ghost in the church. Thus, there is nothing really objectionable in the language if we define the terms in the same way the Bible uses them [i.e. that way OPs interpret the Bible].”

Oneness Pentecostals, if questioned on their orthodoxy, typically flee first to the Apostle’s Creed, as it was written before the gravest anti-Trinitarian heresies and therefore isn’t meant to reaffirm the doctrine of the Trinity as, for example, the Athanasian Creed was meant to do. This is a common strategy of modalists trying to convey orthodoxy. I would remind you that even cults like the Jehovah’s Witnesses and Mormonism affirm the Holy Trinity in word, but not in doctrine. Christians need to be far wiser and more discerning. When dealing with a particular heresy, we need to confer with those who’ve dealt with it before and are discerning about the subtle ways they pass off their beliefs as orthodoxy. Clearly, this is lacking in the Southern Baptist of Texas Convention.

As Friel points out in the above video, Phillips, Craig and Dean “passed muster” when dealing in person with a group of concerned, conservative evangelicals. When later asked to sign a statement clarifying their Trinitarianism in writing, they would not. Well, Phillips, Craig and Dean signed the Baptist, Faith and Message! Again, using common Modalistic re-definitions of orthodox terms, they could sign virtually any document that isn’t designed specifically to catch a Modalistic rendering of Trinitarian doctrine.

“We believe in one God who is eternal in His existence, Triune in His manifestation, being both Father, Son and Holy Ghost AND that He is Sovereign and Absolute in His authority.”

If that line sounds familiar, it’s because it’s the same statement used (at least at one time) by TD Jakes in the doctrinal statement for The Potters House, International. In his hypothetical question to me on his website, Southern Baptist Texan pastor, Bart Barber spoke of  one who had “never been able to find a single statement that he had made espousing modalism.” Here, Phillips uses explicitly Modalist language, sharing the very anti-Trinitarian views as well-known Modalist, TD Jakes.

…there is One True God that has manifested Himself as Father in creation, Son in redemption and the Holy Spirit in emanation

I don’t want to cut-and-paste the whole AoMin article, but consider once more The Enquirer’s Handbook – a theological statement of faith published by Randy Phillip’s Ministry:

Is that not explicitly Modalistic? For Bart Barber or any other Baptist in Texas to claim, as Bart did, that Phillips, Craig and Dean are merely guilty of having “grown up in the midst of modalism” and that he “finds it difficult to put these three men into this [Modalist] category by way of anything resembling evidence. I’ve never seen any evidence that any of the three of these men have ever taught, affirmed, encouraged, or supported modalism in what they have personally said or done.”

In other words, God appeared in the flesh (as a son)…The Father, Son, and Holy Ghost are simply three manifestations of One God. You, yourself, may be manifested as a son to your father, a husband to your wife, and a father to your children. As an individual person you may be manifested in various ways; and likewise the Almighty God is manifested as a Father, a Son, and a Holy Ghost while He remains indisputably, undeniably, ONE

So can we please now drop the argument that there’s no sufficient evidence that Phillips, Craig and Dean have at least in the past, been Modalists?

And if they are not now, then when did the conversion come? Well, it appears that Phillips, Craig and Dean began to distance themselves from [their own] Modalist teaching around 1999-2001, when their websites began to pull down their explicit denials of the Trinity. But at no point has the trio renounced in any way the doctrines that to this day they continue to teach.

So then, we have a few options when trying to understand why they signed affirmation that they agree with the Baptist Faith and Message in order to play an upcoming gig at the Cooperative-Program funded event coming up in Texas.

1. Phillips, Craig and Dean have chosen to use this event as their first public declaration that their former Modalist heresy was just that – heresy. They’ve been silent on the subject up until now, and have chosen this as an opportunity to reveal unto the world their new-found orthodoxy. If this is the case, praise God and rejoice!

2. Phillips, Craig and Dean have taken from the Modalist handbook and affirmed Trinitarian language, while holding to substantial redefinitions that continue to affirm Modalism when put under more scrutiny. The Southern Baptists who considered their signing of the Baptist Faith and Message to be a rejection of Modalism should have conferred with those familiar with this particular heresy, both those who’ve come out of the heresy and apologists who deal with it.

Friends, we live in a time of evangelicalism when the Trinity has become no big deal. We live in a time when Southern Baptists are content with letting those steeped in 20 years of unorthodoxy sign a doctrinal statement and it’s “good enough for us.” If anything, this means that in evangelical circles, discernment is dead. The heretics say they’re orthodox now, so let’s let them lead us in worship – and if you say anything about it you’re the hateful orthodoxy police that doesn’t rejoice when sinners come home…that’s the message to us. And that’s preposterous. It’s undiscerning. It’s unwise. It’s also, unfortunately, normal in a brand evangelicalism that cares more about being liked than being faithful. 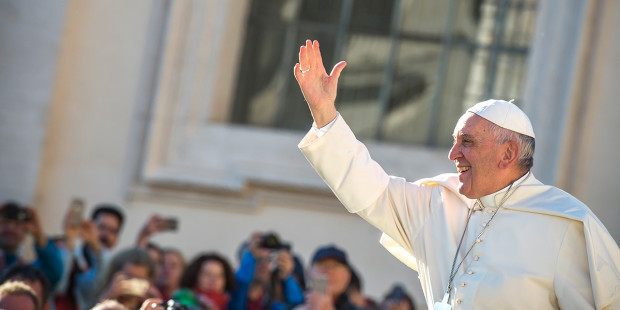 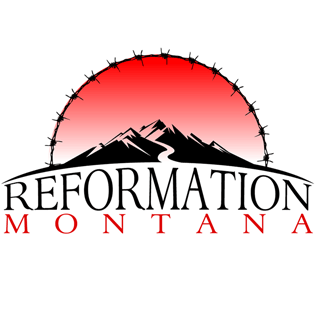 What Other People Have Written About Beth Moore