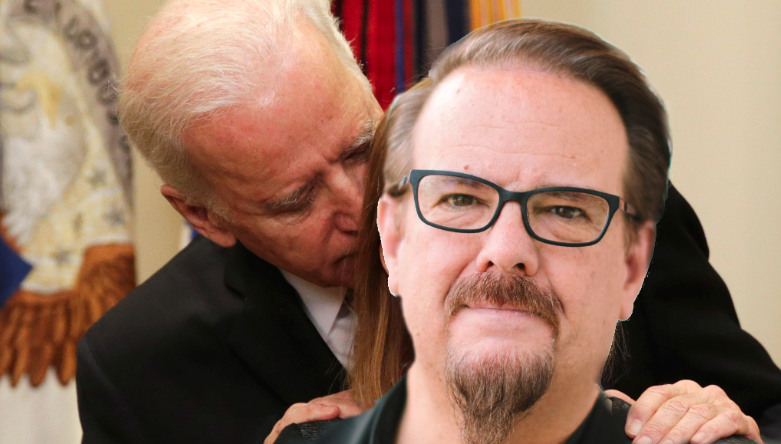 Ed Stetzer has one primary schtick he has capitalized upon to make himself a household name in evangelicalism; he is an expert on everything. You name it; theology, economics, politics, cultural trends, conspiracy theories, foreign policy, you name it. If there’s a panel of ‘experts’ somewhere, there’s the man we not-so-affectionately call Beardy McGoatFace, projecting himself as an insufferable expert on the subject matter and giving his supposedly sage advice. If there is a controversy anywhere in the world, there is McGoatFace, opining on it from his tweet-tower to all his loyal plebes.

The only thing is, Stetzer has no idea what he’s talking about ever and any opinion he now has is likely to change when the wind blows.

First proclaiming himself an expert in church planting, Stetzer seemed indifferent to the fact he’s never successfully planted a church (he did so unsuccessfully on multiple occasions), being unphased by the reality he’s really bad at it. Stetzer then used his status at Lifeway Christian Resources to promote himself as a statistician focused on cultural trends but didn’t see Lifeway’s retail demise coming right in front of him (don’t worry, he pulled the parachute right before it went down). And the man that once touted his theological bona fides to the conservative Christians who picked up what he was putting down now runs with the worst gaggle of charismatic lady preachers and social justice warriors you can imagine.

In short, Ed Stetzer gives out his garbage-advice like it’s going out of style, always moving on to a different subject before folks pick up on the fact he’s an absolute idiot. But whatever nonsense Stetzer happens to currently be espousing, he does so articulately, and so he remains gainfully employed at one place or another to keep the cash-stacks coming in.

A list of things that Stetzer has given his expert opinions about include refugee policy, economic recessions, Q-Anon, animal welfare, climate change, birth control, China, and politics.

Keep in mind, Stetzer currently works for Wheaton College as a Comintern whose theological credentials are so deep he’s partnered the school with Christine Caine. The only thing he appears to have done well is evade responsibility for selling a fake Heaven Tourism Book at Lifeway (when he was told it was fake, he kept selling it).

However, there’s one more thing that Stetzer seems prone to give advice about that’s not exactly ‘in his lane.’ He likes to throw shade at John MacArthur. He’s been doing that a lot lately.

John MacArthur, who has been persecuted (yes, that is the correct word to use at this point) by Los Angeles County for having church amidst a fake pandemic of a real respiratory virus which has proven to be maybe as deadly as the flu, said on Sunday…

And that’s what you’ve been thinking. We have the responsibility I think as spiritual leaders, to be patient until the truth emerges. We’ve all been suspicious of the fact that we’ve been meeting together now for weeks and weeks and weeks and we don’t know anyone who’s ill. Nobody in our congregation has ever been to the hospital with this.

It’s clear to us the fabrication of numbers, because they’re including people who have had 2 or 3 co-morbidities, we know all of that. We know there are reasons for this that have nothing to do with the virus.

MacArthur was referencing the CDC report that only 6% of COVID-19 deaths actually occurred from COVID-19 exclusively, with the rest being fairly routine deaths of people who probably would have died for one reason or another already.

Stetzer then took to Twitter, where people still like him (that’s about the only place) and cast shade at Dr. MacArthur…

People soon pointed out the hypocrisy.

@AdamPage85 responded (above), “We aren’t medical professionals, but we are expert statisticians all things race-related. Also, law enforcement experts.

The user appears to be referencing Stetzer’s continued professional opining on race relations, in which he usually sides against law enforcement or the general cause of rightness, sanity, rationality, or common sense.

Of course, we are not in a pandemic, because a pandemic has a particular medical definition that includes a threshold for mortality rates. Usually with epidemiology centers (like the World Health Organization or the Centers for Disease and Prevention), it’s somewhere between 1 and 3 percent to classify something as a pandemic.

COVID-19 is somewhere around a .04% death rate, meaning that it is nowhere close to a pandemic. Of course, the ‘experts’ originally thought it was a pandemic, but by definition, it is not. So says…science.

In fact, Stetzer has been offering medical advice as though he is an expert for quite some time.

In an article published in the Baptist ‘Press,’ it speaks of Stetzer’s medical advice as he stood over a graph of the ‘flatten the curve’ propaganda originally used by health ‘experts’ in the early days of the pandemic (they’ve since been long abandoned)…

Showing a “flatten the curve” diagram, Stetzer reminded viewers of what the isolation measures cities have been seeking to implement are trying to accomplish.

Although getting online and communicating with the church community is vital and should be continued, Stetzer said, there are multiple phases of the pandemic coming, and phase one — pause and pivot — is over.

Stetzer said he is concerned pastors are not moving on from phase one.

“I’m concerned that many of our churches are not displaying an appropriate level of urgency right now,” Stetzer said. “You’ve got to move to what’s coming next in this crisis.”

Phase two is to prepare and plan, he said.

Stetzer linked to detailed information on each phase of COVID-19 to come through an article he published in Christianity Today.

So, just to understand this…

Ed Stetzer can link medical data (LOL on the accuracy of that now) to fear-monger Christians on COVID-19 death and communicability rates, but John MacArthur can’t reference the CDC?

Who the heck is making up these rules?

Ah, yes. Beardy McGoatFace is making up these rules in an arbitrary, capricious, and double-standard way. Because, you know, he’s apparently an expert. Richard Baxter on Avoiding Dissension in the Home Trump’s Advisor, Paula White, Pronounces Herself an Apostle and Appoints Son as Replacement