Set your watch, because whenever race becomes a prominent issue in the national news it’s only a matter of time before the Southern Baptist Convention predictably installs another token negro into office. How these woke, rich, white men running the SBC don’t understand that pandering paternalism is itself racist, I have no idea.

But from the Armani-wearing, BMW-driving president of the Executive Committee, Ronnie Floyd, to the rump-shaking perennial frat-boy (he is literally virtue-twerking in that video, we kid you not) denominational president, JD Greear, the Southern Baptist Convention’s leaders are notoriously self-unaware that their virtue-signaling isn’t a good look.

Floyd in particular, who is known in Springdale, Arkansas, as “Armani Ronnie” for his taste in privilege-knitted suits, is notoriously tone-deaf on race. Although the Holy Spirit has spoken to Ronnie as though he were a prophet (so he says) on the issue of race relations, his attempts at wokeness seem a tad over-eager at times. For example, there was that time that Ronnie Armani held his newly adopted black grandchild above his head like Mufasa to his mega-church (proud white guy holds up black baby…see, no racism here).

No matter how much the albino-white leadership of the SBC wags their finger at the rest of us for not digging their identity politics jive, it always comes across like Matt Chandler trying to bust-a-groove at a black church.

But none of that matters because the Holy Trinity of Woke Religion – Diversity, Inclusion, Tolerance (D.I.E.) – doesn’t consider apologies good enough. Woke Religion only accepts penance in the form of a redistribution of privilege (in the forms of property, money, and opportunity).

For those familiar with the Southern Baptist Convention, you know that the currency of the denomination is appointments. Appointments to various offices, which gifts either money from the Cooperative Program offering plates or just good old-fashioned prestige, is the crypto-currency of the SBC. It’s like Bitcoin, only worthless, and that’s how Convention mafia dons like Russell Moore and Albert Mohler pay off their knee-breakers.

This isn’t the first time the SBC has dragged out the token negro during a racism kerfuffle. They did it with the election of Fred Luter in 2012 as the first black president of the SBC. Luter was elected with less name recognition that any SBC president in the history of the 167-year-old convention. And while Luter’s resume wasn’t shabby, it was not “get elected to the top position in the SBC” impressive. Luter was elected primarily because he was black. The Baptist Press made his election all about his skin color, not his qualifications.

One would have thought that electing a black man to the denomination’s highest office would be enough. But, no. The Religion of Wokeness maintains the doctrine of Unlimited Reparations, and paying back the oppressed is never enough.

In 2017, newly-woke H.B. Charles was nominated and elected the first black president of the Southern Baptist Convention’s pastor’s conference. And all of the SBC’s lily-white elitists all had a whoop-de-doo over it (again). It was another, albeit less-impressive, first. A black man would choose the line-up of the annual meeting. Unfortunately, he focused on the doctrine of “inclusion” and arranged for a number of outright heretics to speak (but their melanin count was right). Again, the press made his election all about race (because it was).

Last year, the white elitists in the SBC installed another black man, Marshal Asbury, to another “first.” This time, it was the first Vice President of the Southern Baptist Convention.

I know, anti-climatic, right? After Luter served as president, who cares about vice president? Well, a bunch of white guys in Armani suits, that’s who. When woke knuckle-dragger, Vance Pittman, endorsed Asbury for the post it was because he was the president of the National African American bla-bla-bla of the Southern Baptist Convention. Again, Christian media acted like this was a historic event and had never happened before. And whenever Asberry is quoted, it’s in regard to being the resident black guy.

But now, there’s another resident black guy in the SBC and again the Christian media is applauding like this has never happened before. And virtually nobody is pointing out that this is a publicity stunt for Armani Ronnie and JD Greear to demonstrate how anti-racist they are.

His name is Rolland Slade, but it doesn’t really matter because you’ve never heard of him. And likely, you never would. His credentials are sub-par and his resume is mediocre. But, by-golly, he’s black. Whoop-de-doo times two. Alert the Baptist Press, we have a new historic moment!

Slade’s only accomplishment seems to be that he has previously served as the Executive Committee’s vice-chair, a position that he wasn’t nominated for because his California church is a real evangelism go-getter (it’s not). He ran unopposed. But could you imagine a white man in this climate opposing a black man for office in the SBC? It would not happen. They would get a call from Albert Mohler warning them a horse head might appear in their bed.

When will the Southern Baptist Convention run out of “firsts” to give away by virtue of melanin count? When will black Christians stop going along with tokenism?

Slade’s appointment came only days after a speech delivered by SBC President Greear, lamenting that denominational “leadership does not reflect the diversity of our membership.” As an outside observer, who was once an inside observer, one wonders why others don’t see how pathetic and pandering this is.

It used to be, when persons-of-color were trotted out on stage by white people with a hand on their shoulder it was on the auction block. But now it happens every year the Southern Baptist Convention. The only difference is that black people brought on stage at the SBC now are no longer slaves; they’re props still serving the selfish purposes of privileged white men. 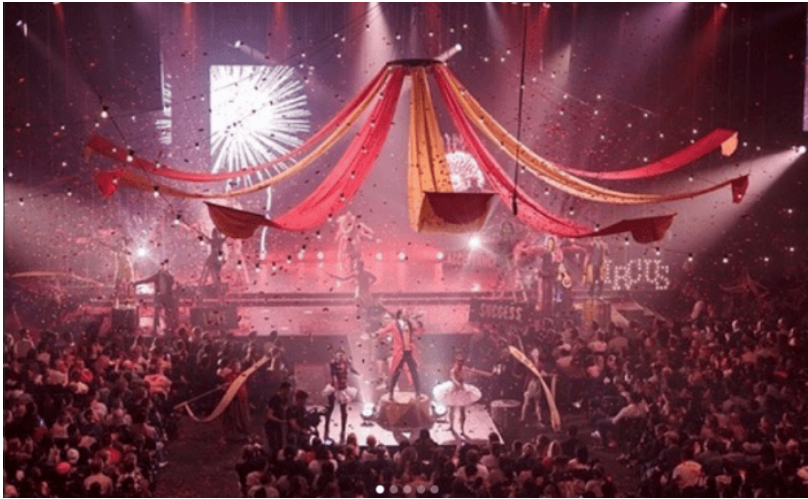