Just when you think things cannot get any stranger with the Mormon rhetoric, they do.

On February 19th, BYU, the conservative Utah school quietly removed from its Honor Code the section titled “Homosexual Behavior.” That part of the strict campus rules had long banned students from “all forms of physical intimacy” between members of the same sex.

Though the changes to the policy are certainly a landmark at the private religious institution, what exactly it will mean is still largely left to be determined. The Honor Code Office and a spokeswoman for BYU, which is owned by The Church of Jesus Christ of Latter-day Saints, declined to elaborate on a brief online statement that said only that the code had been “updated.”

The church, for instance, does not support gay marriage. And questions remain about the role of local faith leaders, who have previously ruled on whether students can attend the school or not based on their intimate relationships.

As it stood before, the Honor Code previously had banned “all forms of physical intimacy that give expression to homosexual feelings” among its students and staff. It had stated that the school wouldn’t punish those who felt same-sex attraction but rather only those who acted on it.

The new version deletes those paragraphs.

The university’s short statement announcing that the code had been updated did not explicitly say Wednesday whether certain forms of affection, such as holding hands or kissing, would now be acceptable between people of the same gender. And some questioned whether the school was trying to walk back the changes.

How much more away from God and His word can someone get? Nobody wants to stand by what they believe in. Even those with different beliefs. 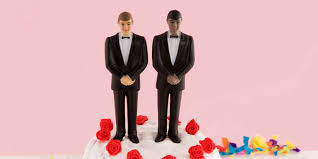