Winston, of course, refers to the protagonist character in George Orwell’s 1984. The book is part allegory, part post-apocalyptic dystopian fiction, part cultural commentary, and is prophetically more accurate than anything published in the pages of Charisma Mag.

The scene set by Orwell is a fictional European Union called Oceania, in the city still known as London, but in a nation known simply as, “Airstrip One.” In Orwell’s 1984, the world is dark, dreary, and dilapidated. In an alternate literary universe, Atlas has shrugged and in yet another, John the Savage is looking for elusive emotion in a brave, new world. But in this classic tale, Big Brother controls the world. Big Brother is not an individual, but essentially the Deep State of Airstrip One, and it controls every aspect of life. Most terrifying, in Orwell’s tale, is that Big Brother can even control thought by manipulating the media, rewarding snitching as a form of virtue signaling, and outlawing private thoughts even within someone’s head.

Winston heroically – but silently – begins to question Big Brother, as Orwell makes the reader aware of the thoughts inside his mind. As we read the book, we begin to champion Winston as we pray for his liberation from mind control. First, he noticed that the chocolate rations had gone down but the parades were celebrating that they had gone up. Secondly, he figured out that his job at the Ministry of Truth was designed to help enslave others. And third, he met a woman (that will do it for you). Soon he was playing loose with Big Brother’s rules and living dangerously by showing subtle signs of not being fully on board with Big Brother.

I saw this clip of Savannah Guthrie, whose press badge probably has ‘Ministry of Truth’ written on the backside of it, interview Nick Sandmann. Sandmann is the kid in the MAGA hat who has been ruthlessly ridiculed for nothing short of smiling at a nutjob political activist who banged his in the boy’s face like some kind of racial stereotype cliche’, all the while the Black Hebrew Israelites were taunting the boys from a different angle. In the clip, Guthrie asks Sandmann if he’s sorry for anything.

At which point, all of God’s people say, “That is the dumbest question we’ve ever heard.”

This babbling, drum-banging First Nations hippie was conjuring the Spirit of the Squirrel or something in this boy’s face while he just stood there smiling. And the news lady asks the boy if he’s sorry? Some have suggested that the boy should be smacked across the face for nothing more than his facial expression.

Evangelical leaders like Thabiti Anyabwile – who works with the Gospel and 9Marx – condemned the young Papist man and refused to retract their condemnation. Essentially, in spite of the evidence now showing the young man did nothing wrong and this crazy political activist (who is guilty of ‘stolen valor,’ claiming to have been a Vietnam vet in recent days) accosted him with his drunken chanting, the complaint is not the smugness of Sandmann’s face.

In reality, the smugness is probably awkwardness. I doubt he knew what to do. But let’s concede the boy is smug. He’s been raised by good parents. He’s been educated in a quality school. He knows that murdering babies is wrong, and he’s surrounded by a drum-banging lunatic and a whole barrel of Black Hebrew Israelites. If there were any environment that would make you feel superior to someone else, it’d be that.

So what if he was smug? Is that a crime?

Consider this from Orwell…

Orwell writes, “In any case, to wear an inproper expression on your face was itself a punishable offence. There was even a word for it in Newspeak: facecrime, it was called.”

We are living in a time that is downright Orwellian.

I’ll be wearing a MAGA hat in today’s podcast, with the smuggest look I can muster, in honor of Nick Sandmann. 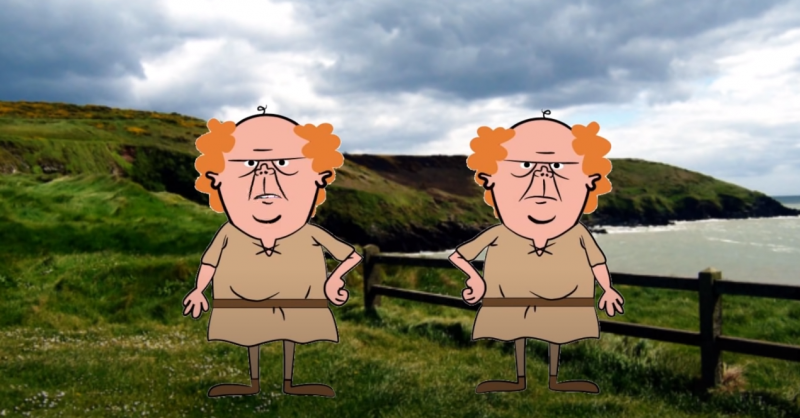 New Poll says 30% of Professing Evangelicals Believe ‘Jesus was a Good Teacher, but he was Not God’